controversial  Nollywood actress, Tonto Dikeh has finally reacted to the trending photoshopped picture of herself, and her best friend, Bobrisky.

The photoshopped photo, saw the self acclaimed “male Barbie”, Bobrisky, as a man well built with muscles and six packs, unlike his original stature.

Tonto Dikeh on her part looked way taller than her original size, and more fairer than her normal complexion.

Below, is the photo; 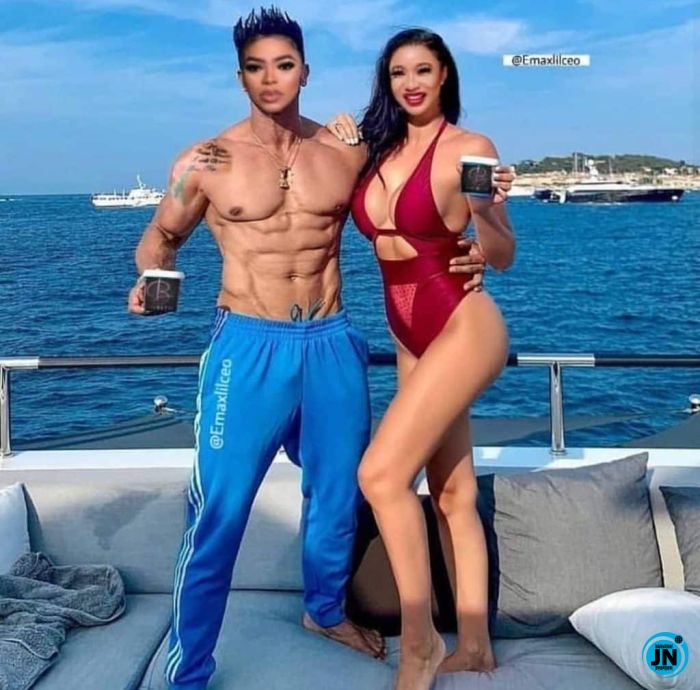 Reacting to this, Tonto Dikeh took to her official Instagram page where she reposted the photo and claimed that she actually looks sexy in it.

And also tagged record producer, Samklef to the post, asking him if he was responsible for the Photoshop image.

15 thoughts on “See tonto dikeh’s reaction over Photoshoped Photo Of Her And Her Best Friend, Bobrisky”