The 5 stages of depression, and first warning signs

Large numbers of people are diagnosed with major depression each year. It is a disorder that hinders and even invalidates the normal functioning of the subject due to the high discomfort it produces, being one of the most common mental disorders and known both by psychology professionals and by the population general.

This problem appears in different ways and due to different causes, but in general it is possible to observe a process with different phases. That is why in this article we will talk about the stages of depression.

Major depression is one of the main mood disorders and one of the two more frequent mental disorders, competing for the first place with the anxiety disorders.

Suffer from this problem involves experiencing a wide possible range of symptoms among those who at least should appear sad and depressed mood and / or anhedonia or lack of pleasure from previously pleasant activities. Other typical symptoms are sleeping or eating problems, as well as seeking isolation.

Depressed people often take a passive position in life, feeling helpless and hopeless. They lose motivation and the desire to act, and over time they end up avoiding activities that were previously enjoyable, since they already consider them to make sense.

Likewise, a deterioration in the ability to concentrate, attention and memory. In some cases, aggressiveness and impulsiveness also appear, being a frequent irritable state than sadness in cases of childhood depression.

Subjects with a depressive disorder manifest a number of cognitive biases that make them capture reality in a distorted way, which leads them to maintain automatic thoughts negative towards the person himself, his future and the world that are organized as thought patterns dysfunctional. They also tend to attribute errors to internal, stable and global factors, which facilitates distorted depressive thinking.

This disorder has a large number of possible origins, and may be due to biological factors (as in endogenous depression) or external factors.

The most common is that in all cases there is an event or situation that triggers the appearance of feeling helpless and hopeless. It may be a traumatic event, the accumulation of small stressful events or the existence of a reinforcement insufficient.

Stages or phases of depressive disorder

Although depression can have different types of courses and the specific symptoms can vary from person to person, it is considered that the person suffering from it goes through a series of phases until it is fully developed. They are as follows:

Although there are vulnerability factors such as genetic inheritance or sensitivity to damage that are important when it comes to trigger a depressive disorder, this usually comes from the experience of a negative event, which will end up triggering the first problems.

The triggering event causes them to begin to be born in the subject feelings of vulnerability and sadness, and even helplessness and hopelessness if the aversive situation is prolonged in time.

If these sensations are maintained without the subject being or believing capable of overcoming them, a depression may develop.

The triggering event causes the person to activate a series of cognitive schemes, that is, the way in which her ideas and beliefs about the world and about herself are related.

This, in turn, causes the interpretation of what is happening to change, generating distortions cognitive skills that make the world see itself as something hostile and itself as something defenseless, incapable and desperate. This is the stage of depression when many of the beliefs on which life itself is based begin to change.

From the distorted processing of information, the person begins to manifest the typical symptoms, with a low level of positive affect and a high negative affect, some of them being the state of mind sadness and decreased ability to feel pleasure, mental and physical slowing, and searching for isolation.

The appearance of apathy, anhedonia and apathy (respectively lack of energy and motivation, pleasure and desire or willingness to act) typical of depressive disorders causes the depressed individual to ended up staying away from activities you used to like, such as hobbies and other passions, actively isolating themselves and / or decreasing their productivity, effectiveness and commitment.

The set of symptoms of a depressed person tends to cause over time the appearance of new events or aspects that can worsen or keep symptoms in mind.

For example, although initially the depressed person tends to arouse the sympathy of his close environment, over time the situation of the affected person and sometimes his desire for solitude ends up being aversive to them, producing a distancing of the individual from his environment. This induces the perception of lack of support, which accentuates the existing problems and the feeling of vulnerability, helplessness and hopelessness.

And then? Possible treatments

These stages or phases of depression tend to occur frequently in almost all cases. Subsequently, the individual can resort to psychological and / or pharmacological therapy in order to treat your problem.

Based on the response to the treatment, it will be possible to enter a phase of partial or total remission of the symptoms and even reach a complete recovery.

However, it must be taken into account that sometimes we find recurrent depressions, in those that occur several depressive episodes over time with seasons with partial remissions or totals. In these cases in addition to the previous stages we can also talk about relapse, which must also be attended to.

7 reasons why going to the psychologist is beneficial for anxiety 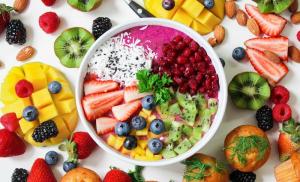 The relationship of nutrition with emotional well-being

Emotional well-being is not based solely on how we manage our emotions through actions such as me...

In Psychology, what is known as social skills is part of the most important aspects to understand...