Avoidant attachment (in children and adults): how it affects us

Attachment is a type of emotional bond that occurs between two human beings and is associated with intimate relationships, such as those between mothers and children. People show different types of attachment that develop during early childhood and tend to remain stable during adolescence and adult life.

A psychological aspect that affects us throughout life

John Bowlby, a psychologist and psychiatrist influenced by psychoanalysis but also by ethology and evolutionism, developed the attachment theory, according to which humans we are phylogenetically predisposed to form emotional bonds with those who take care of us and provide us with security. Addiction has been studied mostly in babies, but also in adults.

Different authors have made classifications of attachment patterns based on their observations and research. In the 1960s and 1970s Mary Dinsmore Ainsworth conducted pioneering studies in the field of attachment using the experimental paradigm of the "strange situation", with which she evaluated the behavior of children when they were separated from their mother.

Research has shown that the type of attachment remains stable throughout life in most people, although sometimes it can be modified, for example because of the style adopted by parents or significant life events, such as the death of a figure of attachment.

In 1987 Cindy Hazan and Phillip R. Shaver studied attachment in adults through multiple choice questionnaires and found that the proportion in exhibiting secure, avoidant, and ambivalent attachment patterns was very similar to the one Ainsworth had found in babies.

In the Ainsworth Strange Situation experiment, avoidant attachment children were easily angered, they didn't look for their mothers when they needed themThey seemed indifferent to their absence and ignored them or behaved ambivalently when they returned. However, they were sometimes very sociable with strangers.

In contrast, babies with a secure attachment pattern were confident in exploring the environment and returned to their mother from time to time, seeking safety. If the mother left the room the little ones would cry and complain, and when she came back they were happy. They also had a lesser tendency to anger.

Ainsworth hypothesized that the attitude of these children concealed states of emotional distress; Later studies showed that his heart rate was elevated, which supported the hypothesis. According to Ainsworth, babies with avoidant attachment had learned that communicating their emotional needs to the mother did not work and therefore they did not.

This was because they had had experiences of rejection of their approaching and attachment-building behaviors by the main attachment figure. He also claimed that his needs were often not met by his parents.

The behavior of babies with this type of attachment is paradoxical in the sense that it allows them to maintain a certain closeness to those close to you that provides the baby with a sense of security at the same time what prevents them from responding with rejection to the approach, according to Ainsworth.

Various investigations have studied the characteristics of attachment in adults using self-report questionnaires. Avoidant attachment is divided into two different patterns during adulthood: the avoidant-contemptuous and the avoidant-fearful. The presence of one or the other pattern is probably due to specific life experiences.

The avoidant-contemptuous style manifests itself in an exaggerated need for independence and self-sufficiency, as well as to prevent other people from depending on one. Many people with this attachment pattern believe that interpersonal relationships are not relevant and deny that they need intimacy with others, so they try not to develop it excessively.

People with this type of attachment tend to hide and repress their feelings, they distance themselves from others when they feel rejected by them and they behave in a way that prevents such rejection. Different authors consider that the avoidance-contemptuous pattern has an emotional protection function.

Similarly, those classified in the avoidant-fearful attachment category state that they want to have sex intimate interpersonal relationships but have difficulty trusting and depending on others for fear of being hurt emotionally. Consequently they feel uncomfortable in intimate situations.

This pattern has been identified more frequently in people who have been through significant grief or trauma during childhood and adolescence. In many cases they feel dissatisfied with themselves and with the people with whom they have developed attachments. 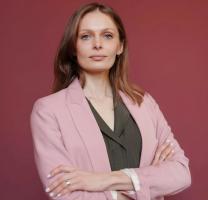 Everyone wants to have charisma, understood as that know-how in social situations that allows us ...

With a population very close to 250,000 people and a territorial area slightly greater than 90 sq... 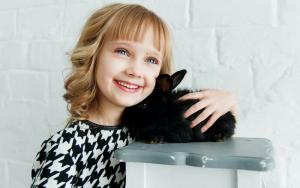 The ethics of care is a theory developed by the American psychologist Carol Gilligan as a moral t...