Neurosciences: the new way of understanding the mind

The brain study It is one of the most important facing science today. Thanks to various technologies such as scanners that allow us to know what our brain is like and how it works, Human Genome Project, to the application of the genetics in behavior, incredible things have been discovered about that small organ weighing less than a kilo and a half that we have in our heads.

Things we couldn't discover until the "brain decade" began in the 1990s, which sparked off a wave of new sciences called cognitive psychology and the neurosciences, which includes the aforementioned. These are disciplines that are still in force and that are revolutionizing all areas of our lives.

What are they and why approach the study of neurosciences?

The two greatest mysteries of nature are the mind and the universe.

One of the last emerging paradigms within the field of psychology is that of the cognitive psychology. This was developed in three stages. The first was characterized by its institutionalization, which ranged from its inception until the 1980s. In this phase the metaphor of the brain as a computational computer dominates. The second stage is that of

instagram story viewer
connectionism In the eighties; and the last one was the emotional cognitivism, within the framework of the so-called "decade of the brain". The latter was also the bridge for the emergence of the neurosciences.

It is important to mention cognitivism because most of the neurosciences are based on human cognition (learning, memory, perception, etc.) fact that gives rise to the appearance of cognitive neuroscience, which I will explain later.

The so-called "brain sciences" have their antecedents in the first locations of the brain's cognitive functions, which occurred in the early nineteenth century, the experimental psychology, the psychophysiology and to the great contribution of computer science and in particular to the development of the Artificial intelligence, as well as the incorporation of molecular genetics in the 1980s, although inroads had already been made pioneers of great importance in the use of genetic approaches for the study of the brain and behavior since the years 60.

Within the context of genetics, another of the antecedents and tools of neurosciences was the Human Genome Project, whose importance is incalculable, since it allowed us to recognize the important role that genes play in the construction and coding of the brain.

In the words of Philip J. Run, "the Human Genome Project it has opened a whole new perspective on the role of genetics in psychology. " And not only of psychology but of all the sciences that interact and work with the brain, because such and as the professor of biological sciences and neurology at Stanford University once mentioned Robert SapolskyWe cannot talk about behavior (and I add, brain) without taking biology into account.

Zooming in on a definition of neuroscience

As a formal definition (based on different readings), I would define neurosciences as the study of the biological bases of human behavior. Now I want to add another definition, that of Cognitive Neuroscience; defined by Carles as "the discipline that seeks to understand how brain function gives rise to mental activities, such as perception, memory, language and even consciousness". Despite its few years of existence, this discipline has experienced multiplication in its studies that, among their examples, include visual attention, vision, memory, and conscience.

As a result of the so-called "decade of the brain" (although perhaps the most appropriate thing is to call it "the twentieth or century of the brain"), Cognitive Neuroscience and Neurosciences in general have seen their research branches flourish, thus extending to fields such as law, economics, psychology, gastronomy, etc. The rich variety of applications of neuroscience are a symptom of the presence of this research in all areas of our lives.

Neurosciences have been in charge of explaining how the mind works based on its biological condition rooted in the brain. Its importance lies in the fact that now, thanks to high-tech scanners designed by other branches of science, brain secrets have been revealed that make what was once part of science fiction; today it is of formal science. Now we know that it is necessary to know the brain in order to understand it and design strategies to be able to improve our behavior and, thus, solve the major problems in terms of public policies related to with the psychological problems.

Discovering how we think and feel

In the same way, neurosciences have allowed us to show ourselves as we are, as our being is. biological (I make this separation to suggest the relationship between our animal side and our rational part). Denying the brain's role and responsibility for our behavior will not change our condition at all.

What's more, discoveries about our brains have moral implications. Just as it says Steven Pinker on The Rasa Tab, “The refusal to recognize human nature is like the shame that sex produced in the Victorian society, and even worse: it distorts science and study, public discourse and life everyday ”. That is why we must support a science that is allowing us to know ourselves, to know how we are and why we are like this. And we must do it without fear and betting on improving our human condition based on knowing our human condition, that is, seeing our human nature with a human face.

Another reason why people, scientists and, especially, psychologists should approach the study of neurosciences is because this field of study is breaking myths and re-planting classic problems, but now with a more rigorous approach from the point of view scientific. One of these problems is that of the mind-brain relationship, which has ceased to be "a monopoly of philosophy" (in the words of Giménez-Amaya), to become an issue where multiple disciplines try to provide a solution, always taking into account the function of the brain.

These new sciences included in neuroscience are revolutionizing all aspects of everyday life, for example, now public policies are made that take into account the brain in matters of education, law, medicine, technologies. Countries like the United States of North America have complete projects, similar to the Human Genome, related to neurosciences.

Neurosciences as a psychologist's tool: let's understand the machine better

"The brain, whether we like it or not, is a machine. Scientists have come to that conclusion, not because they are mechanistic spoilers, but because they have accumulated evidence that any aspect of consciousness can be linked to the brain".

Of course, the organ that we have inside the skull is so difficult to understand that until now it is practically considered the most complex object in the solar system. Just as he put it Carl Jung: "In each one of us there is another whom we do not know."

That whimsical little animal addicted to carbohydrates is the most complex material in the universe and that same little animal is the object of some disciplines such as neurosciences, which may well be a tool for others such as psychology. Neurosciences show us the biological side of the mind and the brain, and some issues such as consciousness and cognition reside in it. The object of study of this discipline is responsible for our behaviors and other issues that are in charge of studying the psychology, and that is why it is important to rely on these tools that bring us closer to that biological part responsible for most of our conduct.

Our brain weighs one kilo two hundred grams and is made up of two types of cells: the neurons and the glia. All people house hundreds of billions of these microscopic bodies. And, as Eagleman says, “Each of these cells is as complicated as a city. And each of them contains the entire human genome and circulates billions of molecules in intricate economies. "

Since the consolidation of neurosciences, psychologists have undertaken the challenge of developing a psychology based on concrete and isolable biological data.

Neurosciences have had a long journey through the history of understanding the brain. For most of human history we have been unable to understand how the brain and mind work, The ancient Egyptians considered the brain a useless organ, Aristotle believed that the soul lived in the heart and others, such as Discards They believed that the soul entered the body through the tiny pineal gland. After the "decade of the brain" everything changed and we finally began, thanks to new technologies and discoveries, to really get to know the brain. What we did not learn in the entire history of mankind, after the 1990s, we began to discover and learn, but we are just understanding and assimilating it.

However, there are still many people, in academia, culture and ordinary people, who they refuse to recognize their nature and to accept the new ways of understanding us, of understanding our brain, our machine. The denial and resistance of many people to neurosciences is found in the belief that biology comes to strip us of our human condition, it would end our moral part and it would reduce us to no more than animals driven by our impulses and in that case things like rape, incest or murder could be justified.

But contrary to these beliefs are those said by renowned scientists such as Steven Pinker or David Eagleman who propose that by showing the being human being without fear what it is, true recovery programs can be made, predicting and controlling behaviors that could harm society and them themselves. The refusal to acknowledge what happens in our machine will not help to give answers about what happens in it, and that can have a social cost.

Brain plasticity (or neuroplasticity): what is it?

Even though all brains look almost the same, they are actually very far from it. It is true that ...

The basal ganglia are a subcortical region that is involved in various physical and cognitive fun... 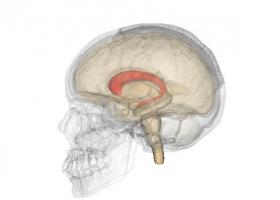 When we think of the brain, we usually imagine the superficial and outermost layer, the cerebral ...