Difference between advertising and propaganda

Advertising and propaganda have in common that they both seek to present, promote and disseminate a message with respect to which they intend to be persuasive, produce a reaction or modify a behavior. However, publicity and propaganda differ in the objective with which each communicates its message.

Therefore, although sometimes advertising and propaganda are terms commonly used as synonyms, in reality they are not with accuracy, and it is convenient to differentiate them, especially in contexts in which it is necessary to have a precise or specialized language. Here we explain the differences between one and the other.

What is the publicity?

Theadvertising is for commercial purposes, seeks to promote products and services in order to attract potential customers or buyers and move them to acquire what a certain brand sells or offers.

It uses different methods and channels to spread its ads. She generally tries to create eye-catching ads to impress the public, and uses both digital and traditional media, among other promotional strategies.

Propaganda, on the other hand, is not for commercial purposes. His message seeks to promote, fundamentally, campaigns of an ideological, political, doctrinal, religious, educational, awareness, etc., that generate an impact on the public and modify their behavior or opinion in relation to a certain theme. Its real purpose is to attract supporters and followers for a cause, doctrine, belief or opinion.

The advertisements can deal, for example, on sexual education, environmental, they can be of awareness against the consumption of drugs, alcohol or tobacco; they can speak on the subject of racial, ethnic or sexual discrimination; or also to be political campaigns, etc.

Literature professional, graduated from the Universidad de Los Andes. He is passionate about literature, history and philosophy. He has worked creating, writing and proofreading in publishing, advertising, journalism and digital content since 2008.

The language It is the system of oral or written signs that we use to communicate within a group.... 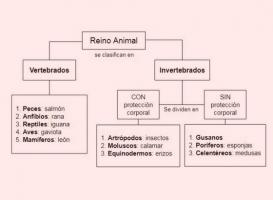