Atkinson's expectation-value theory: what it is and what it proposes

When psychologists have tried to study human motivations, they have found different elements to take into account to understand them. Atkinson, in 1964, proposed the expectation-value theory, based on cognitive elements.

As we will see later, this theory understands that the intention to perform a behavior is determined by the expectations of the person to achieve an incentive (or goal) and by the value given to said incentive.

Many are the theories that have tried to explain human motivations. Within them, and following a cognitivist point of view (which introduces cognitive elements when analyzing behavior), we find the expectation-value models.

These models consider the human being as an active and rational decision-maker. In addition, they suggest that both the behavior that the person chooses when acting, as well as their persistence and the achievement itself, are linked to the expectations of him and the value he assigns to the goals or chores.

The expectation-value theory was proposed by Atkinson (1957, 1964). This suggests that the intention to perform an action is determined by the expectations of reaching an incentive and by the value given to said incentive. Atkinson relates these concepts to the need for achievement.

Thus, the theory combines the constructs of need, expectation, and value. It proposes that the manifestation of a behavior is the result of a multiplication by three components: the motive (or need for achievement), the probability of success and the incentive value of the homework.

More specifically, Atkinson suggests that the tendency to perform success-oriented behaviors is a joint function of the motivation of the person to achieve success, their expectation of achieving it, and inversely proportional to the probability of achieve it.

Components of the theory

As we have seen, there are three essential components to the expectation-value theory. Let's see what each of them consists of:

Motives are relatively stable dispositions or traits of the subject, which make you strive to successfully solve a task and feel proud of it or of avoiding failure (and the consequences derived from it).

The tendency of the person towards one reason or another will determine how this is involved in achievement tasks.

Expectations of success they reflect the probability that the person perceives to reach a goal or to be successful in a task, performing a certain behavior.

The value of the incentive of a certain task is the affective (and positive) reaction of the subject before successfully solving the task (pride). The more difficult a task is, the less value the incentive will have for the person.

To illustrate Atkinson's expectation-value theory, let's take a practical example. Let's think of a person who goes to the gym to lose weight. The strength of the expectation will be the possibility of losing weight that the person considers when performing this action (going to the gym).

The value of the incentive will be the judgment on the consequence of the action, that is, the value that the person to the fact of losing weight (for example an aesthetic value, a reaction of well-being with their own body, etc.)

The more positive this value is and the more likely the person thinks they are to lose weight, the more expectations they will have, the cognitive process of this will increase the motivation to go to the gym.

In addition, they incorporate two basic affective states that are at the base of the motivation process: satisfaction or pride that accompanies success and the shame that comes with failing a goal.

As a result of Atkinson's theory, new expectation-value theories and models have been generated. These have been based on the authors' work, although with certain differences at the conceptual level and in the causal relationships between variables.

The new models are made up of more elaborate components of expectation and value and with a greater number of determinants (psychological and socio-cultural). 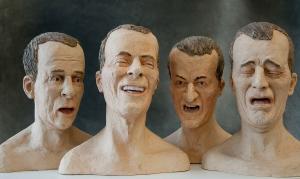 The basic emotions are four, and not six as was believed

The human being is of emotional nature, and mood is often unequivocally reflected in facial expre...

Analysis paralysis: what it is and how to overcome it

Our day to day is completely crossed by a multitude of decisions. Some of them are also quite imp...

What is the scientific method and how does it work?

Without science we would not have reached the current level of development. Thanks to the scienti...