Post-traumatic Stress Disorder (PTSD) is a psychopathology that arises as a consequence of going through moments traumatic and whose symptoms can remain damaging the quality of life of the person for years or even decades; In fact, it is not uncommon for a trauma originating in childhood to condition the way of being and feeling of the person once they have entered the stage of adulthood.

Due to its characteristics, PTSD or is it just a mental health problem; in many cases it has forensic implications that must be reflected in expert reports to make the judicial processes (civil or criminal) develop with the maximum information possible.

In this type of case, psychology professionals contribute their experience and knowledge to study a case and, without take sides, write down what they have observed about the possible causes and scope of a disorder such as PTSD.

What is post-traumatic stress?

This alteration occurs in the face of traumatic events that change the life of the person.

Post-traumatic stress is a psychological affectation that occurs in some people who experience or live a traumatic situation of any kind at any stage of life.

All traumatic situations generate a strong emotional imbalance in the person who experiences them; However, in some cases the affected person continues to carry these symptoms of fear, stress or terror; It is then when we are facing a case of Post-Traumatic Stress Disorder.

Mental health professionals consider that the onset of post-traumatic stress occurs due to a combination of causes and predispositions of both a biological and psychosocial nature; However, this alteration is usually triggered by present or past experiences that generated a strong level of discomfort in the person.

Currently, the treatment for PTSD has several years of scientific research behind and effective treatments have been developed to help sufferers. The intervention for these types of cases is usually psychological therapy, pharmacological or a combination of both.

There are several risk factors that can lead to the development of Post-Traumatic Stress Disorder, although ultimately these vary from one person to another. according to your needs, your personality and your cultural and life context.

Some of the most notable risk factors are: having gone through dangerous circumstances during childhood (such as cases of violence, sexual abuse or recurrent mistreatment); watching a catastrophic or very violent event (related to violence or death) going through an event long traumatic event linked to the death of a loved one or not having the necessary social or family support after said event.

In addition to that, other factors that can precipitate the onset of PTSD include experiencing additional stressful situations after the traumatic event and having a personal or family history mental illness or substance use.

The symptoms associated with Post-Traumatic Stress Disorder can last several years and also vary between people, however, the most common can be grouped into 4 types:

These consist of re reliving the past traumatic event (sometimes exaggerated and magnified through imagination, other times not) in the form of flashbacks very vivid, nightmares or disturbing intrusive thoughts.

Its about avoiding physical situations, thoughts, or places that they remember the traumatic event they experienced.

3. Symptoms of hypervigilance and reactivity

Those symptoms caused by nervousness and by states of constant vigilance or alertness. Some examples might be difficulty sleeping, startles, and outbursts of anger.

Are those negative changes at the cognitive or belief level. Some examples are thoughts of guilt, negative thoughts about oneself related to the traumatic event, concentration problems or losing interest in hobbies prior to event.

When is it necessary to make expert and clinical reports on a PTSD chaos in a judicial process?

Sometimes it is important to analyze the forensic implications of both the PTSD symptoms themselves as well as the situations that can be considered causes or triggers of this alteration psychological. Do not forget that post-traumatic stress It is a phenomenon that often arises from episodes of violence and accidents resulting from negligence..

Thus, some of the forensic implications of PTSD that can be explored through an expert appraisal process regarding the causes of the disorder are as follows:

On the other hand, Post-Traumatic Stress Disorder also has clinical and forensic implications. regarding its consequences. Let's see some of the most important:

The mental health professional Rosario Ugarte Perez She has a degree in Psychology from the Unive... 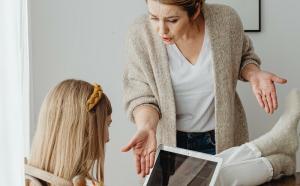 Alternatives to screens for children and adolescents

The child's brain is nourished by different experiences that begin to have an impact on its devel...

With a population of more than 1.2 million inhabitants and with a territorial extension located s...