In recent years, parasomnias, known to belong to a group of sleep disorders, have been diagnosed more frequently, being more common in childhood and adolescence, although several cases have been found in which they have persisted during the stage of adulthood, so it is convenient to continue researching in this field of disorders of the dream

The exploding head syndrome is a type of parasomnia that is characterized by a sudden awakening in in which the person is experiencing an intense headache and also perceives a strong sound. In turn, it is also common to experience bright flashes in vision.

In this article We will explain in greater detail the exploding head syndrome and various relevant factors associated with this parasomnia, since it is worth wondering what its causes are and also if there is any type of treatment.

What is exploding head syndrome?

Exploding head syndrome is a less recognized parasomnia at the diagnostic level than others such as sleepwalking, night terrors or bruxism, among others, so It also has a smaller number of investigations and is also not classified within the most important diagnostic manuals on mental disorders such as the DSM-5 or the ICD-11. However, in recent years it has been gaining greater interest among researchers in the field of disorders related to sleep and rest.

Exploding head syndrome is a rare parasomnia among the population that was first diagnosed in 1988 in a patient who frequently experienced unpleasant and loud sounds inside his own head (for example, a rumble or an explosion) as if it really came from there, being an auditory hallucination. On the other hand, one of the most frequent symptoms of this parasomnia is experiencing a type of electric shock in the head.

Too flashes of bright lights may be experienced visually or even tingling sensations throughout the body. All this is common to generate nervousness and anxiety in the person, being able to experience tachycardia. Such attacks are typically experienced when patients are trying to sleep or just waking up, and there are often continual fluctuations throughout the time, in the sense that sometimes the symptoms decrease and in others they increase again, there may be periods of time in which these symptoms have subsided by full.

When patients experience the symptoms associated with exploding head syndrome, they also tend to suffer from high levels of anxiety and a marked increase in heart rate due to fear of not knowing what is happening to them or what these symptoms might trigger, as well as the impotence felt during and after suffering them.

Despite the discomfort it generates, the exploding head syndrome has not generally been considered to be a very serious disorder, since it does not normally incapacitate people who suffer from it in their day to day and the symptoms do not usually persist throughout the day, although they have been found cases in which the symptoms have negatively affected the daily life of those who suffer from them, so there could be different degrees of severity with respect to this parasomnia.

This syndrome related to sleep disorders It is most often diagnosed in adults. and tends to have a higher prevalence in women than in men.

Exploding head syndrome is a parasomnia that, unlike other parasomnias, tends to develop more frequently in people over 50 years of age; however, one investigation found that can also affect adolescents.

In other cases, this parasomnia occurred with a comorbidity with another disorder, such as sleep paralysis, so that These people, in addition to suffering from the symptoms associated with exploding head syndrome, also experienced a disability due to a set time to perform any type of movement voluntarily during the transition period between sleep and wakefulness vigil.

The causes or etiology of exploding head syndrome are currently unknown; however, some research in this regard has developed the hypothesis that this parasomnia could be closely correlated with having extreme fatigue or being under prolonged stress.

The physiological mechanism of this parasomnia is also not known with certainty, although there are various theories such as the one that considers the hypothesis that exploding head syndrome could be caused by a sudden movement of the Eustachian tube or ear medium. There is also another hypothesis that considers that it is a parasomnia produced as a result of a brain attack and, more specifically, in the area of ​​the temporal lobe, part in which the cells of the central nervous system associated with the hearing.

Because there is no reference theory that allows determining the causes and predisposing factors for the development of exploding head syndrome it would be necessary to carry out more research in this regard, so there is still a long way to go travel.

Is there a treatment for exploding head syndrome?

In a 2018 clinical trial of treatments that might be more effective in treating exploding head syndrome, it was found that psychological treatment could help reduce the frequency of episodes related to this syndrome if it was aimed at reducing the symptoms of anxiety and fear of episodes, as well as a psychoeducational intervention providing all the relevant information regarding this parasomnia and in relation to a series of self-care guidelines that patients should follow.

Among the most prominent psychological techniques for the treatment of exploding head syndrome, relaxation techniques (eg. g., Jacobson's progressive muscle relaxation or autonomous training) for anxiety symptoms and tachycardias, as well as therapies that help manage stress, due to the correlation that it has been postulated that this could have with the syndrome of the head explosive (eg. g., systematic desensitization); You could also try mindfulness treatment or any meditation modality for stress and anxiety.

For the self-care of the patient, it would be important to help him with a series of guidelines that improve his sleep hygiene (p. e.g., keep a fixed time to go to sleep, avoid the consumption and/or excess of caffeine, try to avoid the consumption of alcohol, not doing physical exercise late at night, not having copious dinners that make it difficult to have a restful sleep, etc.).

Some benefits have also been found in terms of reducing symptoms associated with exploding head syndrome through a pharmacological treatment through the administration of some antidepressants (amitriptyline, clomipramine), calcium blockers (flunarizine, nifedipine), antiepileptics (topiramate), or anticonvulsants (carbamazepine).

A good intervention plan for exploding head syndrome could be the combination of psychological treatment together with pharmacological, although more studies are still needed to demonstrate its efficacy, as is the case with research on the causes of this parasomnia. 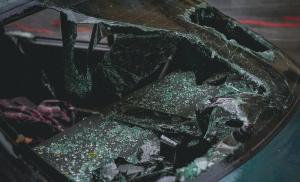 How to work as an emergency psychologist?

Psychology applied to the field of mental health never approaches the well-being of people unders... 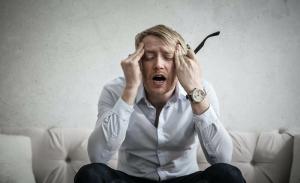 Social hangover: what it is, how it affects us, and possible causes

No one is capable of living without contact with others, the human being is a social animal by na...

5 routines to prevent the appearance of post-holiday syndrome

Post-vacation syndrome is a phenomenon that many people suffer from when they return to work, esp...