Arterial hypertension: what it is, types, causes and treatment

Despite being a highly preventable, modifiable and controllable condition, the millions of people who sufferers of hypertension around the world do not know that they have this condition, and do nothing to improve their situation.

Considered one of the main medical problems in the developed world, hypertension is something that, if not controlled, can cause serious damage to the circulatory system, bringing with it diseases such as heart attacks and strokes. Next we will delve into this medical problem.

Arterial hypertension is the medical condition in which the blood vessels have a persistently high tensionSo much so that it can damage them. Blood pressure is the force exerted by the blood against the walls of the vessels (arteries) as it is pumped by the heart. The higher the tension, the more effort the heart has to exert to pump.

Although it may not seem like it, hypertension is a deadly condition as it does not present clear symptoms and these can take time to appear. This is truly dangerous, as the person with high blood pressure may not know that his body is suffering from the effects of high blood pressure. hypertension, damaging their circulatory system and increasing the risk of suffering from cardiovascular pathologies, the first causes of mortality in the countries developed.

The first consequences of high blood pressure are suffered by the arteries. These vessels stiffen as they continue to withstand high blood pressure. This leads to the arteries becoming thicker, making it difficult for blood to pass through them. This damages the walls of the blood vessels, which also favor the depositing of cholesterol and triglycerides in them, which is why hypertension poses a high risk for the development of arteriosclerosis.

Hypertension is a highly treatable condition. Despite this, in developed countries having high blood pressure is very common. To put a data as a reference, around 40% of the Spanish population is hypertensive and it is estimated that about 40% of those people are undiagnosed. Taking into account its consequences on health and how common it is, it can be concluded that Hypertension is a silent epidemic that has become a very serious public health problem. relevant.

Hypertension is categorized into several types. To do this, we must first know that blood pressure has two components:

systolic blood pressure is the highest voltage number. It represents the tension caused by the heart when it pumps blood to the rest of the body.

Diastolic pressure is the lowest number of blood pressure. This value represents the pressure in the blood vessels between each heartbeat.

The biggest problem with hypertension is that, in addition to posing a great risk to the cardiovascular health of the affected person, in most cases there are no symptoms and therefore the condition goes unnoticed. This means that, in case the patient does not discover it in his doctor's office during a routine check-up, he does not know that he is hypertensive. and do nothing to change the situation, increasing more and more the risk of presenting diseases such as strokes or seizures cardiac.

Even so, it is possible to talk about some non-specific symptoms such as headaches, which help detect high blood pressure that, frightened, decides to go to the doctor or visit your pharmacy to have your blood pressure checked. There may also be nausea, vomiting, confusion, vision changes, and nosebleeds, symptoms of malignant hypertension.

To date, the specific causes that cause arterial hypertension are not known, but it is known attributes the appearance of this condition to a series of factors that most people share hypertensive. Speaking of these causes, we can separate those that are not very modifiable (genetics, sex, age and race, diseases medical conditions) that can be changed or are associated with bad habits and highly treatable.

Genetics, as in practically all diseases, is a factor that influences high blood pressure. The predisposition to develop this condition is greater if you have a hypertensive first-degree relative.. Although the exact mechanism is not known, it is known that if you have one or both hypertensive parents, the chances of developing hypertension is double that with those whose parents are not hypertensive.

Men are more likely to have it than women before menopause. When they reach this stage, the frequency of hypertension between men and women becomes equal. The explanation for this is that female hormones are a protective factor against hypertension during the childbearing age, reducing the risk of cardiovascular disease.

Age is another factor that influences blood pressure, being that the older we are, the greater risk of being hypertensive we present. As for race, it has been seen that there are differences in presenting this condition, being people Afro-descendants are the ones with the highest risk of being hypertensive (twice that of whites), in addition to having the worst forecast.

Although it is a fact that obese people tend to be hypertensive, it is not clear whether it is the Obesity itself is the cause of hypertension or if there is an associated factor that increases blood pressure. Obesity is also attributed to other medical conditions that would be, at least in part, responsible for the increase in blood pressure, conditions that are reduced or disappear when lose weight.

Main bad habits associated with a rise in blood pressure They are:

The drugs that most lend themselves to generating hypertension are the following:

Between 2 and 7% of kidney-related problems can influence the onset of high blood pressure. The main renal vascular pathologies seen in hypertensive people are:

Endocrinological causes represent between 1 and 2% of hypertension problems. These would include exogenous hormonal imbalances, such as taking oral contraceptives, corticosteroids and nonsteroidal anti-inflammatory drugs (NSAIDs), and endogenous, such as the following diseases:

The main way to diagnose hypertension is by taking blood pressure.. This is done using sphygmomanometers, more popularly known as sphygmomanometers. The first line of detection of hypertension is the primary care teams, including doctors and nurses. Community pharmacists also contribute to the detection, measurement and control of high blood pressure.

The routine check-ups that are done in companies or when patients have a check-up because they want starting to practice some federated or semi-professional sport are also environments in which the hypertension. Precisely these measurements are very important, since they are made in patients who rarely go to the doctor because they feel healthy at all times or who do not like healthcare environments.

Hypertension is that type of medical condition that gives life to the saying “prevention is better than cure”. Being hypertensive is something highly controllable and improvable, especially if a disease derived from this condition has not yet occurred. That is why, whether you know you are hypertensive or not, do everything possible to avoid this condition, such as for example, avoiding overweight and obesity, in addition to having a healthy lifestyle and avoiding the consumption of substances.

Eat a healthy diet and exercise regularly It can help prevent hypertension. Quitting smoking is essential to avoid becoming hypertensive, as tobacco increases blood pressure. If there is a history of hypertension in the family, it is crucial to measure your blood pressure regularly, since being a relative of a hypertensive person is a risk factor for ending up like him.

The first line of treatment for hypertension is improving the patient's lifestyle. As it is a highly treatable condition and, in most cases, it is due to leading a lifestyle unhealthy, it is generally considered that this is the best way to start lowering the blood pressure of the patient.

You must eat a healthy diet, reduce the consumption of sugars, salt and fats, in addition to lowering the consumption of calories and exercising more. If the patient is obese, it is advisable to lose weight. Alcohol and tobacco should be completely eliminated.

However, the pharmacological route can also be used, especially if the hypertension is due to factors those that are more difficult to control, such as age or family history, and changes in lifestyle have had no effect. Initially, pharmacological treatment begins with a single drug, although in some cases this measure is not enough and it is necessary to combine several to control blood pressure. Main drugs used in the treatment of hypertension They are:

Despite the fact that there are treatments and that changes in lifestyle help to improve the condition, the truth is that arterial hypertension is a chronic and recurrent disease that, although modifiable, must be kept very well at bay. Unfortunately, 90% of diagnosed patients do not carry out the recommendations of the doctors to treat it and 50% do not follow the treatments prescribed to them at all.

As it is a pathology that is suffered for many years, patients tend to relax over time, taking the instructions your doctor gives you less seriously. This makes all the progress made over the years go to waste in a few months, with serious consequences. The main one is that hypertension will be poorly controlled, leading to a higher risk of problems cardiovascular events such as myocardial infarction, impaired kidney function, stroke or blood circulation legs.

Breathing is one of the basic processes carried out by our body, and one of the most fundamental ...

Body worship is common today. A large part of the population does some kind of sport. And in many... 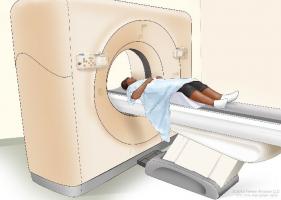 Throat cancer: 9 symptoms to look out for

Throat cancer is one of the most common types of cancer. It is not surprising, if we take into ac...