DNA nucleotides: what they are, characteristics and functions

The human genome project, launched in 1990 with a budget of 3 billion dollars, set itself the global goal map the chemical bases that produce our DNA and identify all the genes present in the genome of the species human. Sequencing was completed in 2003, 13 years later.

Thanks to this titanic molecular and genetic work, we now know that the human genome contains approximately 3,000 million base pairs and 20,000-25,000 genes. Even so, much remains to be described, since the functions of each and every one of the sections of genetic information that we have encoded in each of our cells are not known.

As scientists investigate, the general population is becoming more and more aware of what genetics is, the science that studies that alphabet of molecules that organize and encode heredity and each of our functions vital. We are nothing without our genes and, although they are not visible to the naked eye, all living material "is" thanks to them. Since we cannot acquire knowledge without starting from the beginning, in this article we present you

instagram story viewer
the basal structure that encodes our existence: the DNA nucleotides.

What is a nucleotide?

A nucleotide is defined as an organic molecule formed by the covalent bonding of a nucleoside (pentose + nitrogenous base) and a phosphate group.

A sequence of nucleotides is its own genetic word, since its order encodes the synthesis of proteins by the cellular machinery and, therefore, the metabolism of the living being. But let's not get ahead of ourselves: we are going to focus first on each of the parts that give rise to this unique molecule.

Pentoses are monosaccharides, simple carbohydrates (sugars), formed by a chain of 5 carbon atoms together that fulfill a clear structural function. The pentose can be a ribose, which gives rise to a ribonucleoside, the basic structure of RNA. On the other hand, if ribose loses an oxygen atom, deoxyribose arises, the pentose that is part of deoxyribonucleoside, the main structure of DNA.

As we have said before, pentose and a nitrogenous base give rise to a ribonucleoside or deoxyribonucleoside, but what is a base? Nitrogenous bases are cyclic organic compounds that include two or more nitrogen atoms. in them the key to the genetic code is found, as they give a specific name to each of the nucleotides of which they are part. There are 3 types of these heterocyclic compounds:

Isoaloxacin nitrogenous bases: flavin (F). It is not part of DNA or RNA, but it fulfills other processes.

Thus, if a nucleotide contains a thymine base, it is directly called (T). The nitrogenous bases are the ones that give names to those sequences that we have all seen on some blackboard or informative scientific material at some point in our lives. For example, GATTACA is an example of a DNA sequence of 7 nucleotides, each with a base that gives it its name..

We already have the complete nucleoside, since we have described the pentose, which is linked by a glycosidic bond to one of the bases A, G, C and T. Now we only need one compound to have the nucleotide in its entirety: the phosphate group.

A phosphate group is a polyatomic ion composed of a central phosphorus (P) atom surrounded by four identical oxygen atoms in a tetrahedral arrangement. This combination of atoms is essential for life, since it is part of the nucleotides of DNA and RNA, but also of those that transport chemical energy (ATP).

All this chemical information is great, but how do we put it into practice? Well, first of all, we must take into account that every three coding nucleotides form a different phrase to provide information on each of the assemblies that give rise to a protein. Let's take an example:

Through a process that does not concern us too much here, the cellular machinery performs a process called transcription, whereby these DNA nucleotide triplets are translated into RNA. As the nitrogenous base thymine is not part of RNA, each (T) should be replaced by a (U). Thus, these nucleotide triplets would look like this:

If the cell requires isoleucine, an RNA transcribed with any one of these three triplets (now called codons) will travel from the cell nucleus to the ribosomes of its cytosol, where they will be given the order to integrate the amino acid isoleucine into the protein that is being built at that moment.

Through this nucleotide language based on nitrogenous bases, a total of 64 codons can be generated., which code for the 20 amino acids necessary to build any protein in living things. It should be noted that, except on rare occasions, each amino acid can be encoded by 2,3,4 or 6 different codons. In the case we have seen before of isoleucine, for example, three possible nucleotide combinations are valid.

Proteins are generally made up of between 100 and 300 amino acids.. Thus, a protein composed of 100 of them, making calculations, will be encoded by 300 codons (each triplet of bases responds to an amino acid, remember), which will be the product of the translation of 300 DNA nucleotides present in the genome of the cell.

We understand that all this sudden explanation can be somewhat dizzying, but we assure you that with the similes that we present below, the function of the DNA nucleotides will be clearer to you than the Water.

We must see the DNA inside the nucleus of the cell as a huge library full of books. Each of the books is a gene, which contains (in the case of humans) about 150 letters, which are nucleotides arranged for a specific purpose. Thus, every three of these nucleotide letters form a short phrase.

A tireless librarian, in this case the cell's RNA polymerase enzyme is seeking to transform the words of one of the books into tangible material. Well, this will be in charge of looking for the specific book, the specific phrase and, since the words cannot be started of the pages (DNA cannot be moved from the core), it will copy the information relevant to the form of it in its own notebook.

The "copied phrases" are nothing more than DNA nucleotides converted into RNA nucleotides, that is, codons. Once this information has been transcribed (transcription), a machine is ready to assemble the information contained in each of the words accordingly. These are the ribosomes, places where proteins are synthesized from a sequence of amino acids in a specific order. Easier that way, right?

As you may have noticed, explaining the intricate processes encoded by DNA is almost as complex as understanding them. Even so, if we want you to keep a concrete idea of ​​all this terminological conglomerate, this is the following: the order of the nucleotides present in the DNA of living beings codes for the correct synthesis of proteins, which translates into various metabolic processes and in each of the parts of our body that define us, since these represent 50% of the dry weight of almost any tissue.

Thus, the expression of DNA (genotype) through cellular mechanisms gives rise to our traits. external (phenotype), the characteristics that make us who we are, both individually and species. Sometimes the explanation of huge phenomena lies in the understanding of much smaller things.

The 15 most important chromosomal syndromes

The genetic material available to any living being is the "manual of instructions" that all the c...

What is the genetic code and how does it work?

No matter how much morphological diversity we living beings present, we are all united under the ... 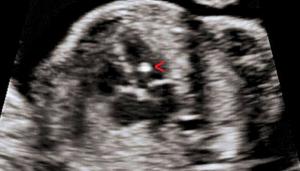 Cardiac foci: what are they, characteristics and possible causes

Heart sounds are the sound expression of the closing of the heart valves. Its operation, at a phy...