Emotions are psychophysiological reactions inherent to the human being. We all have emotions; however, these states are difficult to understand and classify. In fact, we believe that they do not follow any rules, and that each person expresses her emotions in a different way.

Nico Frijda was a well-known German psychologist and researcher who devoted a large part of his life to the study of emotions. Thus, in 2006, he published a work on what he considered to be the laws of emotions. In which he tried to establish fixed patterns in the way people interact emotionally.

What are Nico Frijda's laws of emotions?

Professor Nico Frijda establishes in his work twelve laws of emotions. Although, of course, there are exceptions to these laws, they are valid most of the time and establish precise patterns on how we react to events. In this article

instagram story viewer
We review the 12 emotional laws proposed by Nico Frijda, which can be grouped into 9 points.

1. The law of situational meaning

Frijda's first law states that emotions derive from situations. A person does not choose a new emotion based on the experiential situation, it has already been internalized. People respond depending on our previous experiences and our learned responses.

Different situations will elicit different emotions in people, but these responses are similar between individuals. Scary things often scare us, a loss can make us cry instead, a gain usually makes us happy. As we see if there are similar responses depending on the situations.

Human beings care by nature. Born into the world with a predetermined lifespan, we know that we will die one day, which is a great source of angst. While they are alive, we have many things to worry about: family, friends, work, money, health, etc.

The law of concern states that emotions arise from having goals, concerns, or interests in what happens to ourselves, or to other people. When we have no interests, we feel nothing. In fact, one of the symptoms of depression is the loss of interest in doing different activities.

3. The law of apparent reality

Apparent reality is a law that states that things that seem real can trigger an emotional response, just like the real thing. The way we experience a situation determines the emotion we experience. If something seems real to us, it can trigger a response, good or bad. Movies, plays, and books affect us emotionally because we perceive them as part of reality.

It's also hard to get excited about things that aren't obvious yet; even if they are real. In the case of bereavement, for example, the corresponding emotion may not arise immediately after learning that a loved one has died, but only when we realize that he is not here in some way, for example, when we pick up the phone to call him and remember that he has passed away. It is at that moment, where emotions arise.

4. The laws of change, habituation and comparative sentiment

These laws explain why we react more meaningfully to changes than to the experiences we are used to, even though these may be harsher or more difficult to cope with.

5. The law of hedonic asymmetry

The law of hedonic asymmetry states that We don't enjoy gains as much as we suffer losses.. No matter how much we love someone, or how big the winning prize is, positive emotions always dissipate over time. But there are certain terrible circumstances that we cannot get used to.

If a situation is bad enough to cause a person to feel an extreme level of fear or anxiety, they will never get used to those emotions. These emotions can remain for a long time, even throughout life if they are not dealt with, for example, in a therapeutic way.

6. The law of conservation of emotional impulse

Although the proverb is wise, time does not heal all wounds, and if it does, it does so indirectly, it simply keeps it in a place where we do not have access, but it continues to affect us. This law states that emotional energy does not dissipate. Events can maintain their emotional impact for years unless they are re-experienced or resignified. somehow.

If we re-experience the event or address it, that's when we can change our definition of it and lessen the impact it had on us. This law explains why some failures in life, rejection or breakups, can still have a psychological and emotional impact after many years.

Intense emotional states often lead to immediate and absolute actions. In these cases, we are not open to other goals or opinions that would change the emotion, although this has some nuances.

8. The law of attention to consequences

We are aware that our emotions have consequences and affect other people, so we are able to change them accordingly. For example, anger can make a person feel like hurting someone, but people don't usually act on those violent feelings. We have other resources to vent emotion, for example, yelling or just being angry in silence, or in In the best cases, we find a way to release the tension, for example by playing sports or having a chat with a friend. dude. People often control how big their reaction is to an emotion.

Numbers 11 and 12 of Nico Frijda's laws are the so-called laws of lightest load and highest gain. They state that the emotional impact of a situation or event is based on how it is interpreted. If we change the way we see a situation, it can affect how we feel, and this tendency to reinterpret is usually a positive one.

The law of lightest charge specifically explains that people try harder to change their perception of a situation if it is negative, such as the fear of a possible global crisis thinking that we are not going to be affected.

The law of greatest gain explains the tendency to reinterpret negative emotional states as positive. Anger, pain, and fear are not always bad. Anger can push people away, hurt can pull people together, and fear can keep us from doing things that we might not do right or that might hurt us.

Finally, these laws of emotions refer to the individual and forget the social framework. Although they are spoken of as laws, due to their search for patterns, it is worth mentioning that they have not been recognized as such by the different psychological schools. However, they do provide a great framework for thinking about emotions and can be a good starting point for a deeper discussion of individual emotions.

John Stuart Mill was one of the most influential philosophers in Western thought and in the later...

Learning to manage empathy and adaptation

Adaptability and empathy: How can you take advantage of these two qualities to become a better pe... 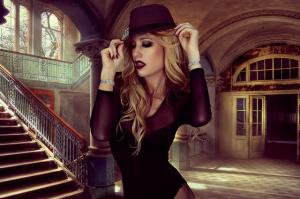 We have all seen the members of the nobility strut along the roads that are cordoned off and ador...