The 5 main differences between myth and legend

Surely you have heard someone talk about myths and legends. You are likely familiar with some of these forms of storytelling. But can you tell what their differences are?

Although they share characteristics, they are different concepts. In this article we will know the 5 differences between myth and legend. First, but, we will explain what each of these forms of narration consists of.

Myth and legend: what do they consist of?

Myth and legend are two forms of literary narrative. These are different ways of explaining stories and, in addition, each of them incorporates different elements and aspects. As we will see, they are based on different elements, they pursue different objectives and their characters also vary.

Without further delay, let's see what exactly a myth and a legend consist of.

A myth is a tale of wonderful events. Normally its protagonist is a supernatural character (or several), that is, a God, a monster

instagram story viewer
… Or extraordinary, such as a hero.

Generally, the myth is a story that describes a culture, as well as the origin of its typical elements. It is a type of storytelling.

To better understand what a myth is, let's put some examples; the myth of how life was created, how the first animals arose, how the world began, how certain customs originated ...

These are stories that try to answer all of this. Most cultures have myths; In ancient times, even, they were valued more highly, and most people understood or lived myths as true stories.

The term "legend" comes from medieval Latin, from the word "legenda", which means "what has to be read". But what is a legend and what are the differences between myth and legend?

A legend is a traditional story, usually typical of a place or a specific geographical area (for example a town, a city, a region ...). Captions can also group related stories together.

Usually its story or plot is based on imaginary events, which are nevertheless considered real.

A characteristic of the legend is that it can mix real events with fictional events. However, its origin is generally based on a true situation, which has actually happened.

5 differences between myth and legend

Now that we have explained, in broad strokes, what a myth and a legend consist of, let's talk about the 5 differences between myth and legend most important.

The first of the differences between myth and legend that we find has to do with their characters.

The second of the differences between myth and legend has to do with the origin of the story within its own story.. In the case of myths, they especially use metaphysical elements to which man has not had access; for example they speak of God as the creator of man, or of the spirits as causing "X" situations, and so on.

Furthermore, in myths it is understood that it was God (or a spirit) who had "decided" to transmit this story to human beings.

On the other hand, in the legends, it is understood that the origin of the stories are the people themselves, who have witnessed or lived through certain situations and have explained them from generation to generation. In other words, the story was born because certain people have witnessed certain situations (for example "the legend of the girl on the curve", which is horror).

3. Elements on which they are based

Another difference refers to the following question: What is each type of narrative based on (myth or legend) The myth, for its part, is based on fantasy; that is, it is a story created from fictitious elements combined with symbolic and real elements.

Instead, the legend is based on a historical event that actually occurred; Other elements are added to this event, which, furthermore, change over time (also a product of the transmission itself).

The fourth of the differences between myth and legend has to do with the temporal and spatial situation of history itself.

In myth, the time period and location of the story are situated "outside" the real world; that is, it is a fictitious place, which cannot be recognized because it does not exist. Sometimes these are very ambiguous and abstract situations (temporal and spatial), such as "at the end of time", or "at the beginning of a new era".

On the other hand, in the legend, the temporal situation (time period) is more concrete, and it is also real (a specific historical moment, for example). Furthermore, the spatial situation also exists; in the event that it does not exist, it can be contextualized, located or imagined in a more specified part of the world.

5. What do they explain

The last of the most important differences between myth and legend answers the following question: What does each story (myth or legend) try to explain?

This difference refers to the function or objective of each of these narratives (or rather, their main objective). Thus, on the one hand, myths have the objective of explaining a reality, but in a more mystical way; In addition, they seek that people understand the why of things, as well as their origin.

On the other hand, the legends have a more “educational” function; thus, they try to explain or convey a story, highlighting its values ​​(that is, it seeks to convey a value or an important message). To do this, they focus on an important historical event, as well as real people.

As we have seen, there are 5 differences between myth and legend that are key, although there could be some more. These would be, but, the most important. Both myth and legend reflect, once again, the need of the human being to tell stories, to transmit values, to create... this need is intrinsic in the human being, and therefore these types of narrative have existed forever.

By way of synthesis, and to achieve a global idea of ​​these two types of narrative, we can say that: myths originate in a remote time and arise from the imagination or fantasy of a people, and legends arise from real events, through wonderful explanations or supernatural.

Myths are, in a way, non-rational explanations of supernatural events; the legends, on the other hand, have the purpose of teaching or transmitting certain values ​​or facts. 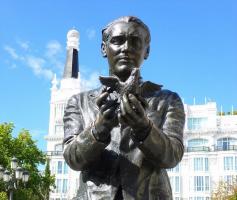 Federico García Lorca was a renowned Spanish poet, prose writer and playwright whose works were o... 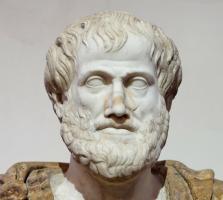 The phronesis: what is this human virtue according to the Greek philosophers?

Acquiring knowledge of all kinds is always positive, but they will not bring us happiness if we d... 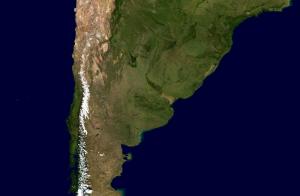 The 60 most common surnames in Argentina (and their origin)

Argentina is one of the countries most defined by the mixture of cultures, because among its inha...