When we want to refer to inflammation of brain tissue we speak of encephalitis. As with any other organ, this infection can have multiple origins. However, it is the deadliest of infections.

Suffering an inflammation of the central nervous system can have serious consequences that leave permanent consequences. For this reason, it is important to be very clear about what your symptoms are and what to do if you suspect encephalitis.

Without going into too many details and medical technicalities, let's take a useful look at how encephalitis manifestsWhat origins are the most likely, and what treatment and prognosis can be expected from the patient who is suffering from it.

Encephalitis produces a clinical picture with symptoms that cover a very wide range of severity. The most common mild symptoms include those explained below.

As with any infection, the body defends itself against viral agents through fever. Increasing the temperature helps kill the bacteria or virus that is causing the infection.

When we suffer an infection, the usual thing is for the vessels to dilate so that more blood reaches the infected area and to better combat external agents. What happens with this is that the area swells and compresses the tissue against the walls. For this reason, in encephalitis patients suffer headache.

Muscle pain is very common in all types of infectious processes, and encephalitis is no exception. In addition to pain, it is common to find that patients have very stiff neck and upper back muscles.

Due to the infection, it is common for the patient to feel exhausted. After all, the body needs all the energy it can to fight infection, and rest is beneficial for recovery.

Because these symptoms are very general and frequent in infections, it will not be until the development of more serious and specific symptoms that encephalitis will be suspected. As a principle, the more neurological symptoms reflect a greater severity of the infection and a greater urgency in its treatment. Neurological symptoms include:

Naturally, in the presence of any of these manifestations, the guideline for action is to go to medical emergencies. Neurological symptoms indicate severe nervous system involvement and can be potentially disabling, if not fatal.

The diagnosis will be made through lumbar puncture, which will allow analysis of the content of the cerebrospinal fluid to confirm the presence of signs of infection, through neuroimaging such as magnetic resonance imaging (MRI) or computed tomography scan (TAC). Other methods include EEGs, blood tests, or even a brain biopsy, where a tiny sample of brain tissue is removed to examine its contents.

Our body is built in a surprisingly intelligent way. Especially when it comes to the nervous system, there are more obstacles and safety measures than one might suspect. There is a reason why most infectious processes do not spread to the brain. With the aim that toxic substances in the blood do not come into contact with the liquid cerebrospinal cord in the brain and spinal cord, the body builds a barrier between the two.

However, when some harmful agents carried in the blood manage to penetrate the barrier, a problem occurs- The body's natural defenses cannot pass it either and the infection becomes difficult to treat. For this reason, many of the treatments are administered directly on the cerebrospinal fluid since they cannot pass the body's own defenses.

Although encephalitis can be caused by both viruses and bacteria, the most common is to find a viral infection. The virus most frequently associated with encephalitis in developed countries is herpes. Although normally this virus only travels from the nerve to the skin, it sometimes reaches the brain, dangerously affecting the nervous system. Other common viruses include cytomegalovirus, Epstein-Barr, and human immunodeficiency virus (HIV).

There is a percentage of children who, because they are not vaccinated when they should, suffer from encephalitis due to virus infection against which they should be protected. These viruses include chickenpox and rubella. For this reason, among other things, it is essential to comply with the portfolio of vaccines and protect the little ones from this type of infection.

In addition to common viruses, those transmitted through insect bites are another common cause of encephalitis. Mosquito bites and ticks are the ones that most frequently transmit these viruses, in the urban world and especially in trips to tropical areas where insects proliferate. Therefore, as a preventive measure, it will be necessary to be vaccinated against these viruses.

Viruses that cause encephalitis are treated with antiviral drugs, usually from the entrance to the emergency room so as not to waste time. Once the diagnosis is confirmed, treatment will continue, unless bacterial infection is found, in which case it will be switched to antibiotics. In addition to this, intravenous fluids, anticonvulsants, antipyretics, and oxygen will be administered through a mask.

The prognosis depends on the extent of brain damage. The longer the infection has lasted and the more severe it is, the greater the damage and the fewer functions that will recover over time. If the patient has not been severely affected, memory problems, executive functions, swallowing, mood disorders, concentration difficulties and all kinds of neurological symptoms produced by the destruction from neurons that remain until after infection. Similar to dementia patients, some function can be restored through cognitive rehabilitation and training. 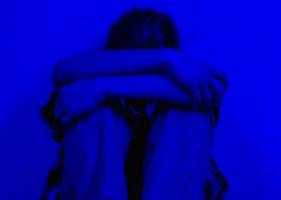 There are many people who suffer from bipolar disorder and take steps to take care of their physi... 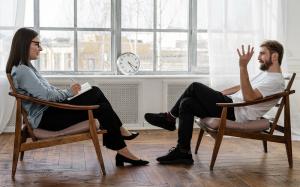 The times of the COVID-19 crisis have not only had a political and economic impact on practically... 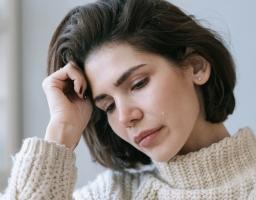 The COVID-19 pandemic has changed us, altered our way of life, presenting a situation of stress a...