Can psychopathy "be cured"?

When psychologists talk to someone about what is and what is not psychopathy with someone, many questions arise. There is one that always ends up coming out, since it is perhaps the most interesting of all. Is it possible to treat these people effectively psychologically? Some speak of treating and others speak of curing, which are very different things.

For this article we are going to talk about what we know today about the prognosis of psychopathy from a clinical point of view. Let us remember that science is knowledge that constantly changes, and what we know today may not be so true tomorrow. With the caveats made, let's see what the meta-analyzes say.

Unfortunately, diagnostic manuals do not recognize psychopathy as a clinical entity. While these labels have many detractors - and with good reason - there is something for which they do serve. By appearing in a clear, exhaustive and orderly way the criteria of a disorder, this allows it to be investigated. And any research group that takes these criteria as a reference, with almost total certainty will be studying the same phenomenon.

Psychopathy does not have this benchmark, so each research group may be studying different definitions of psychopathy. There have been fruitful attempts to bring the definitions together and understand psychopathy as a set of traits that often occur together. Perhaps the most widespread is that of Hervey Cleckley, who extensively describes the clinical characteristics of the psychopath.

Robert Hare, later, identifies in these descriptions two factors main: using others selfishly, emotionally cold, harsh and without remorse and on the other side a chronically unstable type of life, marked by the transgression of norms and socially deflected.

Naturally, research on the effectiveness of treatment in psychopathy depends largely on how we understand it. Although most research uses the most well-known criteria, we must bear in mind that there is a part of the trials that may have measured psychopathy in different terms.

Any psychology student who has touched the personality disorders It has a kind of automatic spring that causes you to answer with a resounding "yes" when asked this question. There is a widespread belief that psychopathy is impossible to eradicate, something that also happens with the antisocial personality disorder.

Indeed, personality disorders are incurable, they do not remit in their entirety because they are exaggerated manifestations of normal personality traits. And in the same way that personality is mutable to some extent, rigid personality patterns are also permeable only up to a point.

It is at this point where a leap of faith is often committed that is not entirely justified. Just because a mental disorder never subsides does not mean that it cannot respond to treatment. This is why we speak of treating and not curing. The truth is that the evidence on the treatment of psychopathy is not so strong.

The notion that this disorder is intractable may have originated through the psychoanalytic stream, which suggests that the personality is formed during the first 5 or 6 years of development and that it remains practically unchanged. But even within the psychoanalysis this has been changing and the possibility of modification is conceived.

Hare himself proposed a theory of psychopathy that justified its "intractable" status. In this theory he first time he says that psychopaths suffer an injury to the limbic system (located in the brain) that prevents them from inhibiting or interrupting their behavior. This also predicts that psychopaths are insensitive to punishment, that they can never learn that an action can have bad consequences. In a later review of this theory, Hare described psychopaths as emotionally insensitive, with more difficulties to process emotions of others.

What do the studies say?

All theory remains in speculation when we speak of therapeutic efficacy. When we want to find out if a disorder or phenomenon responds to different forms of treatment, the best way to find out is by testing this hypothesis.

Numerous research groups have shed the burden of clinical pessimism about psychopathy and conducted clinical trials to assess the feasibility of treatments.

Surprisingly, most articles approach the problem of psychopathy from psychoanalysis. Almost everyone understands the phenomenon as Cleckley described it, except for a few essays. The cases treated by psychoanalytic therapy show a certain therapeutic success compared to the control groups. This finding points in the direction that therapies focused on insight and awareness of illness they could be beneficial to psychopaths.

The cognitive behavioral therapies they seem to be slightly more effective than psychoanalytic ones. These therapies addressed issues such as thoughts about oneself, about others, and about the world. In this way, some of the more dysfunctional characteristic features are treated. When the therapist combines the cognitive-behavioral approach and the insight-centered approach even higher therapeutic success rates are achieved.

The use of medication to treat symptoms and behaviors of psychopathy, in the absence of a greater number of clinical trials, it is promising. Unfortunately, the methodological precariousness of the studies in this regard and the small number of articles do not allow us to draw final conclusions on this issue.

You don't have to fervently believe in study results to realize that psychopathy is far from intractable. Although we do not have specific programs that address all dysfunctional aspects of the psychopath, we do have therapeutic tools to end the most maladaptive. If these therapeutic benefits are maintained over time, it is something that remains in the air.

One of the fundamental problems that occurs in the treatment of psychopathy, as in other personality disorders, is that it is infrequent that the client wants to go to therapy. And even in the rare case that they come of their own free will, they are often resistant to change. At the end of the day we are going to ask the patient to introduce a series of changes in his personality that are not at all easy to implement and threaten his own identity.

With these patients it is necessary do intense work on disease awareness and motivation for change prior to the therapy itself. This extra effort wears out both the patient and the therapist, who often end up abandoning or unfairly labeling the patient as intractable. The truth is that if we cannot change a psychopath it is only because we have not yet found a way to achieve it.

In a very short time, the coronavirus crisis has transformed the functioning of societies and, co...

Something that greatly enriches fictional characters is their psychological definition, because i... 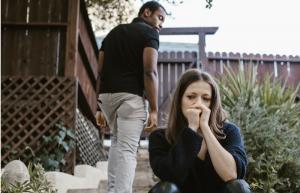 Life after a marriage breakdown

For some people, ending a marriage is a relief, a source of happiness. But in many cases, this ex...