Throat cancer: 9 symptoms to look out for

Throat cancer is one of the most common types of cancer. It is not surprising, if we take into account how popular tobacco consumption has become from a very early age, the frequency with which it is consumed orally taken drugs and unsuitable food, and the pollution of the air we breathe in a large number of large cities and areas metropolitan.

However, it is also one of the forms of cancer with the greatest chance of being cured. Unfortunately, in many cases the progression of the disease has already been greatly accelerated when it is discovered, which is why It is very important to know how to recognize the first symptoms of throat cancer so that you can see a doctor as soon as possible. In this article you can learn more about this disease and learn the basic guidelines to know how to detect it.

The first symptoms of throat cancer

Below you can find a list that details what these signs of cancer consist of. However, it must be borne in mind that the appearance of some of these symptoms (such as bad breath) do not have to confirm the existence of this disease and may be caused by other factors. That means that in many cases there is no reason to be alarmed, but that a medical check-up is necessary to clarify the doubts.

What's more, it is essential that the diagnosis is made exclusively by well-trained medical personnel. Whoever recognizes some of these symptoms in their daily experiences, instead of "self-diagnose"You should go to the doctor, rather than assuming you have a serious illness. 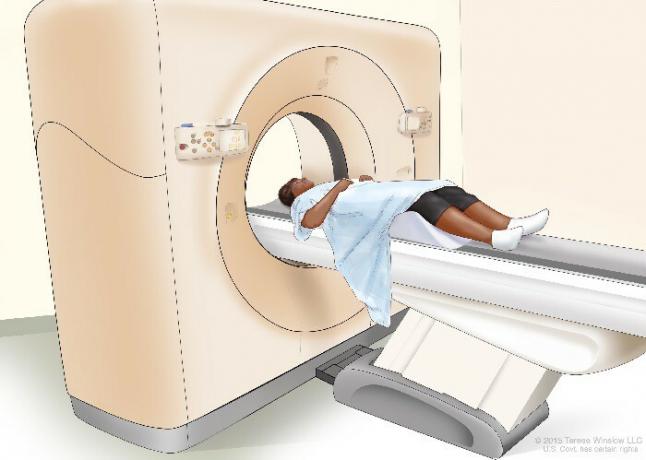 The appearance of cancer in tissues of the throat area causes pain or discomfort that lasts for days and weeks despite attempts to remedy this with taking medications.

2. Impaired clarity of voice or hoarseness

One of the symptoms of throat cancer is the evolution of the type of voice towards one that is heard less or is hoarse. It is a symptom produced by the appearance of anomalies in the areas of the throat where the air already modulated by the vocal cords circulates.

Throat cancer can cause irregularities in the pathways through which the air circulates, and these small bumps and gaps tend to dry out or accumulate organic matter. This causes the part of the throat in which they are found to become dry or irritated, which usually causes injuries.

Some people believe that coughing up blood is simply a product of irritated gums, but It must be taken into account that it is a worrying symptom and that it is a reason for a medical review as soon as possible.

Sometimes, one of the clearest symptoms of throat cancer is the appearance of lumps that can be felt by feeling the neck. However, if one is noticed in the lateral area, it must be taken into account that it may be an inflamed lymph node and not a tumor, which in any case, it is a reason to receive medical attention, since it is one of the symptoms that appear when there is an infectious complication close. On the other hand, chains of nodes can be used by cancer to travel from one place to another, as if they were tunnels.

Airway obstruction is also one of the symptoms throat cancer.

Sometimes it is not so much about the difficulty when breathing, but rather what is striking is the appearance of a strange sound when breathing. This can also be a sign that a throat disorder is taking place.

This is a symptom that is derived from the previous one. Besides being dangerous in itself, shortness of breath can cause other symptomssuch as headaches and episodes of tiredness due to lack of oxygen. In some ways, this is one of the throat cancer symptoms with the greatest potential for wear and tear. our health, as it affects all other bodily functions through blood shortage oxygenated.

Halitosis is a symptom that occurs due to difficulties in swallowing saliva that accumulates in the mouth and due to the accumulation of organic matter in the irregularities formed by throat cancer. It is one of the indirect symptoms of throat cancer, since it appears when this disease creates a cumulative effect from normal physiological activity (which includes swallowing saliva to go renewing it).

Pain in the ears or neck, with which the former are communicated, are also frequent symptoms of throat and larynx cancer. This happens because the crowding of cancer cells puts pressure on adjacent parts of the body.

When throat cancer is somewhat more advanced, simply swallowing food can make it hurt. This, in turn, produces other complications associated with this throat cancer symptom, such as weight loss and malnutrition, which in turn make the body less prepared to fight the Cancer.

Among these symptoms of throat cancer are some more serious and others that are common even in perfectly healthy people.

Among the latter are bad breath and frequent cough (without blood), which can depend on the context in specific situations. Other symptoms, such as a sore throat or pain when swallowing. they are frequent in episodes of minor and transient illness, while coughing up blood and the appearance of lumps are more worrisome symptoms.

In any case, the sustained appearance of one or more of these symptoms should alert us and we must go as soon as possible to a medical office in order to rule out any type of disease.

The cough, despite not being very serious in most cases, is quite annoying. This occurs because t...

Glycolysis: what is it and what are its 10 phases?

Glycolysis is a chemical process that allows respiration and cellular metabolism, specifically th...

How to lower blood pressure? The 5 keys to achieve it

Suffering from high blood pressure is a very common ailment. It is estimated that 1 in 4 people s...