There are multiple theories and existing approaches within psychology. Throughout history, different ways of seeing and studying the human mind have been born and disappeared. Initially, the concern of students of the psyche was to study what the mind is and how it is configured, looking for its core elements and basic structure.

However, apart from this approach called structuralism, another appeared in which the main concern was to investigate not so much what or how it was, but what it is for and what functions it has. We are talking about John Dewey's functionalist theory.

What is functionalism in psychology?

In the field of psychology, functionalism is a current of thought or approach that proposes the need to study psychic phenomena from the functions they perform, and not from their structure. Instead of how, it focuses on what the different psychic functions exist for. This movement's main object of study is consciousness as an act, and it asks what we do and why.

The main purpose of the mind is considered to adapt the internal structure to the environment. At this point, a strong influence of evolutionary theories can be observed, which together with the pragmatism of the time would end up configuring this current of thought. This comes hand in hand with a great interest in the effects of the environment on the psyche and the evolution of man. It is based on the idea that behavior cannot be explained as an automatic response to a stimulus, being the mind a complex system in which different processes and states occur interrelated.

One of its main characteristics is the use of non-introspective methodology to objectively study consciousness and the rest of psychic phenomena, accepting any methodology as long as it has useful results. But nevertheless, he would reject the experimental introspection that used to be used from the perspective structuralist, considering it little valid and natural (although William James will defend the use of an introspection without training).

This approach to the study of the psyche would end up using association as the main way of explaining complex behavior. This suggests later schools of thought such as behaviorism, of which in fact functionalism is partly a precursor. And it is that functionalism would end up being integrated into different schools and serving as a precursor to the development of different theoretical models, such as the aforementioned behaviorism or Gestalt psychology.

Functionalists would be pioneers in the study of learning, and it would be from them that the first mental tests would begin to appear (appearing with Cattell). Also individual differences and the study of psychopathology would be driven by this current of thought.

The Origin of Functionalism: William James

William James is considered the founding father of functionalism, despite the fact that he never considered himself as such and rejected the separation of psychology into schools of thought. This author considers that consciousness's main objective or function is to choose behavior in a way that allows us to survive and the best possible adaptation.

Consciousness is a phenomenon that emerges from actionWe are continually making associations, shifting focus of attention, and performing different mental operations in a flow that cannot be stopped.

The main focus of interest of William James was the modulation of this in an adaptive way in different contexts, being interested in and investigating profusely aspects such as the formation of habits. He believed that psychology should focus on day-to-day experiences instead of focusing on abstract phenomena and constructs (which are still products of the mind).

Furthermore, this researcher considered it difficult to observe psychic alterations that were not directly observable through behavior or change. physiological, and that the psyche and the processes we carry out have an evolutionary sense that allows survival or otherwise they would have missing.

He would also observe and take into account emotions within mental processes, as well as the existence of reflex arcs in the face of emotional stimuli. He conceived of emotion as the consequence of an automatic reaction, the physical reaction appearing first and then the emotional reaction.

John Dewey and his functionalist theory

John Dewey is another of the great founding fathers of psychological functionalism. This leading psychologist would agree and begin working alongside one of William James's disciples, James Angell (who greatly expanded functionalism by different fields), and would be one of the main promoters of the use of pragmatism and the functionalist approach in the field educational. In fact, together they would make the University of Chicago the center of the functionalist school.

This author considered education and learning as key elements for human beings and their development, being very involved in achieving social changes.

Dewey worked and analyzed in some of his most important works, aspects of him such as the reflex arc, concluding that the traditional structuralist vision that is based on dividing it into fragments independent such as sensation, idea and action was not able to explain the phenomenon, being useful only as a mere description. From a pragmatic and functional point of view John dewey he considered the need to understand the arc as a whole, rather than the simple sum of its parts.

He advocated a molar and dynamic approach, in which behavior should be taken into account as it worked instead of establishing random divisions and the fact that this evolves and varies in the weather. And it is that if it is observed as a whole, the biological and adaptive role of the physical reaction can be observed. He also considers, like James in his vision of the functioning of emotional reactions, that behavior is what allows giving meaning to sensations.

Taken into the world of education, He proposes that this type of separation into differentiated parts is what generates school failure, by not allowing the representation of a whole that integrates all the information. Simple memorization is neither functional nor useful, since it does not have a meaning that allows survival. He advocated a change in education that had stimulation of thought and exploration, versatility and activity. He also advocated for inclusion.

For much of his career he had an influential role in educational psychology and psychopedagogy. In fact, he would go on to advise the governments of countries like China and Russia.

The contrast with structuralism

The main ideas of functionalism arose at a time when the predominant position was mainly structuralist, emerging as a reaction to it. Functionalism proposed that instead of analyzing what and how the psyche is, the function or meaning of the psyche and mental processes should be studied.

Titchener, main founder of the structuralist school, He tried to study the human mind from the basic elements or "atoms" that make it up. However, functionalism considered that there are no such elements, the psyche being something fluid and dynamic that cannot be divided or stopped.

In addition, from structuralism consciousness would be understood as made up of different types of phenomena: sensations, affects and ideas. Functionalism considers that this division does not allow taking into account the totality of consciousness as it is and therefore it does not allow a valid explanation of the phenomenon, as it happened in the case of the reflex arc with Dewey.

Likewise, while structuralism had an essentially theoretical-centered approach, the functionalist theory of John Dewey and others researchers close to his perspective was more focused on analyzing and giving a practical response to the events that occur in the day to day day.

The 7 types of sensations, and what information they capture

People are in constant contact with everything that surrounds us and the information we receive f... 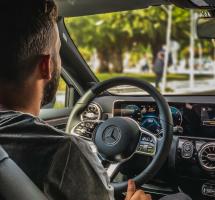 7 tricks to avoid falling asleep at the wheel

The act of driving is characterized by making us fall into an illusion: we believe we are much mo... 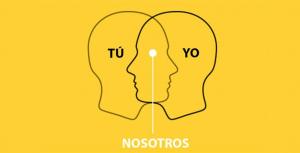 Rapport: 5 keys to creating an environment of trust

When we talk about psychological therapies, many times we tend to think about the techniques that...