The 11 types of conflicts and how to resolve them

Conflicts are common in interpersonal relationships, because each person has their idea and vision of the world. This can cause differences that go beyond mere discrepancies.

Poor communication can be the source of the conflict, so this is a necessary element in mediation and proper conflict management. In this article we review the 11 types of conflicts and how to solve them.

Efficient communication It is a necessary tool to understand others and the problems that can lead to conflicts, because it allows us to understand differences in cultural and ideological values ​​that may be at the root of the problem and, furthermore, may prevent the conflict from escaping hands.

Although conflict is viewed as negative, at times it can be an opportunity to improve things that are not going well or not working.

Conflicts may vary according to their content, their veracity or according to the participants. Below you can find the different types of conflicts and their characteristics.

1. Conflicts according to their veracity

Depending on their veracity, the conflicts can be:

Real conflicts are those that actually exist, and that are caused by various causes, whether structural or environmental (economic, legal, relational, etc.), among others.

Imaginary conflicts derive from misunderstandings, interpretations, or perceptions. In this type of conflict there is no will on the part of the parties.

Invented conflicts, as with imaginary ones, are not real. However, unlike these, there is an intention on the part of one of the parties that, generally, wants to obtain some benefit. This makes much of this phenomenon actually manipulation or gaslighting.

2. Conflicts according to the participants

Depending on the actors involved in the conflict, it may be:

This conflict occurs internally, in the mind of the individual. This means that it has its origin in private events: thoughts, values, principles, emotions... These conflicts can have different degrees.

Interpersonal conflicts are those that occur in the interaction processes between people. They usually appear quickly, since it is only necessary for a single person to feel attacked to start one, which means that it can be born as a result of misunderstandings. They can be caused by practically any reason, from jealousy to conflict of interest in relation to the use of a type of resource.

Intergroup conflicts occur between members of a group or team, for various reasons: due to interpersonal differences or because some of the group participants do not share the ideas of the organization, among others. These types of conflicts can destabilize the smooth running of a team or group and affect its effectiveness and cohesion, since they create concern extra or even completely block the collective's ability to operate, something that in turn can produce more conflicts in a reaction in chain.

Intergroup conflict is a conflict between groups and can be very destructive, because, in extreme cases, The violence derived from this type of conflict is aimed at group reinforcement and can even be justified. It usually has its causes in ideologies, prejudices or territorial disputes.

On the other hand, unlike what happens in interpersonal conflicts, it is more difficult for them to arise from misunderstandings, since the presence of other people makes the "contagion effect" necessary to be considered an intragroup conflict delay the appearance of this. In addition, a greater number of observers makes it less likely that misunderstandings may appear and persist over time.

These conflicts occur between members of a family, friends or partner.

Conflicts of interest have to do with motivations and the needs of each person or group and with the resources present at that time.

They have to do with the culture and environment in which the person has grown up. They are frequent and complex, since it is not easy for a person to change the principles that govern her behavior. In the case of ethical conflict, it usually occurs when a person has to make a decision that does not agree with her deepest values.

Leadership conflicts primarily affect organizations and can affect performance and the health of workers. A characteristic phenomenon of conflicts has to do with the power struggle, since there are many the authors speak of the relationship between conflict and power, as it is one of the most usual.

Personality is a set of stable traits and qualities that make up a person's way of being and make us unique. Personality, being an inflexible phenomenon,can be the basis of many intergroup conflicts.

How to resolve conflicts

Conflicts, on many occasions, can lead to positive changes. For this it is necessary that they are managed correctly. It is important to understand that making a correct diagnosis of the conflict will determine the success in solving the different problems. If we approach an intergroup or interindividual conflict as if it were an intraindividual conflict, the chances of success may be slim.

For example, we may find ourselves working in a company in which the main problem is bad practices of the human resources department, which are generating a role conflict in the workers. They do not know exactly what their roles are, and this conflict creates stress and discomfort for employees. If we approach this situation as a worker problem, we will be attacking the wrong target.

Perhaps we can reduce the symptoms momentarily, but the problem will still be there, in organizational mismanagement. Therefore, before taking any action to alleviate the effects of the conflict, it is necessary to know what the root or basis of the problem is.

However, there are some principles that we must apply if we want to resolve the conflict:

If you want to know how to improve your negotiation skills, this post may interest you: "How to be a great negotiator, in 10 psychological keys". 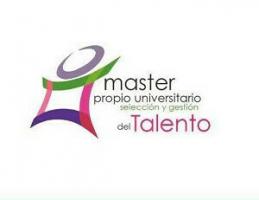 The personnel selection and talent management processes make up the core of Organizational Psycho...

The 13 best Psychology Clinics in the Salamanca district

Advance Psychologists is a recognized psychological center in the city of Madrid that has a histo...

The 7 best Psychologists who are experts in depression in Getxo

Jose Luis C. Laporta He has a degree in Psychology from the University of Buenos Aires and also h...