Jeffrey Dahmer: Life and Crimes of the "Milwaukee Butcher"

Jeffrey dahmer, also known as "the butcher of Milwaukee", was one of the serial killers that marked the criminal history of the United States.

Along with other criminals as infamous as they were Ed gein, Charles manson, Dennis Rader, Ted Bundy or John wayne gacyhe, among others, he forms what we could call “the pantheon of monsters”.

Jeffrey Lionel Dahmer was born on May 21, 1960 in Milwaukee, where he was raised in a middle-class family.. As a child, he was characterized by being very vital and outgoing, someone who loved animals and liked to play. After three changes of address, he became withdrawn and extremely shy. Although they gave him a dog that he loved madly, it did not stop his process of progressive isolation from the world. To prevent him from going to more, his father encouraged him to interact with other children, almost forcing him to do so, since he feared that little Jeffrey could develop a certain inferiority complex.

By the age of ten, his parents' marriage began to slowly unravel. It was not strange to see them argue. Already in adolescence, when these types of events happened,

instagram story viewer
Jeff would leave home and get lost in the woods. He continued to have a great passion for animals, but he was more interested in what they were like on the inside. He began to take a liking to picking up dead animals that he found run over on the road; he would put them in a garbage bag and then take them to the backyard of his farm, where he dissected and boned them.

An insane fondness for violent sex

In the middle of the development of his sexuality, Jeffrey Dahmer was dedicated to this type of practice, establishing an association between violence and sex that marked his behavior and his subsequent actions. He was attracted to men, fantasized that he would sleep with them and then murder them. These kinds of obsessive thoughts were, in the end, the only thing that caused her sexual arousal. Dahmer was tormented by his recurring fantasies of sex and death, so, in an attempt to forget them, he began to drink. In the same way, he took refuge in drinking to escape the constant fights of his parents.

In high school, he was a polite student with the teachers and fun with his classmates, which is why he earned the fame of a class clown. He got good grades when he proposed and did his homework if the subject interested him. However, in recent years, he has been disengaging from his studies and lost interest in fostering social relationships, so key during an unstable time such as adolescence. He found the perfect substitute in his sexual fantasies, in which he gloated more and more, until he reached a point where he was no longer satisfied with just thinking about them, but that he needed to carry them out.

It was just after finishing high school that Jeffrey began committing heinous crimes.

First murder, to an unprotected hitchhiker

When he graduated from high school, his parents divorced shortly after: Lionel Dahmer rented a room in a nearby motel and the mother went to Wisconsin with her youngest son, David, leaving Jeff alone in home. That summer of 1978, he committed the first murder. He was driving home in his car after having a few beers at a bar and he picked up a young hitchhiker named Steven Hicks.

Dahmer invited him to his house to drink beer and smoking marijuana. When Hicks said he had to go, in a fit, Dahmer hit him over the head with a dumbbell and then strangled him with it. In a panic, he lowered the body into the basement. In the morning, he bought a hunting knife, opened her belly and masturbated on the entrails. After that, he tore the body apart, put it in garbage bags and loaded them into his car. On his way to a nearby garbage dump, he was intercepted by a police patrol. As luck would have it, they did not inspect the contents of the bags and only fined him for speeding. Terrified, he returned home and put the bags into a large drain pipe in the basement. When he returned two years later, he took the bones and pounded them with a large mallet. Next, he scattered the remains into the undergrowth surrounding the house. The bracelets and watch that the victim was wearing were thrown into the river.

After this first murder, he was stumbling because of his addiction to alcohol: he tried to go to college but dropped out after failing all his subjects; he enlisted in the army, from which he too was expelled prematurely. In an attempt to straighten out, he went to live with his grandmother in a town near Milwaukee. He became a man of faith, gave up drinking and seemed to put an end to his sexual urges... Until one afternoon, While in the library, he was approached by a young man who left him a note offering him sexual favors at the sink. Apparently, that moment was decisive in awakening his voracious appetite for wanting to subject other men to his will. Because he knew that this was not correct, he stole the mannequin from a store, which he used to masturbate. But this did not quench his insatiable thirst.

After no attempts to curb his instincts, one night in 1986, in a gay bar, he met Steven Toumi, with whom he went to a hotel to have sex. Already in the room, Dahmer poured four sleeping pills into his drink to knock him unconscious. Although he always said he did not remember what happened, when Jeff woke up, he found Toumi's body with his head off the bed, his arms full of bruises and several broken ribs.

Before that scene, and without losing his calm, he went to buy a large suitcase with wheels, returned to the hotel and put the body in it. He took a taxi to the basement of his grandmother's house, where he could butcher him at ease. The process was almost identical to the one he carried out with his first victim, although this time, he boned the corpse and kept the skull as a souvenir. 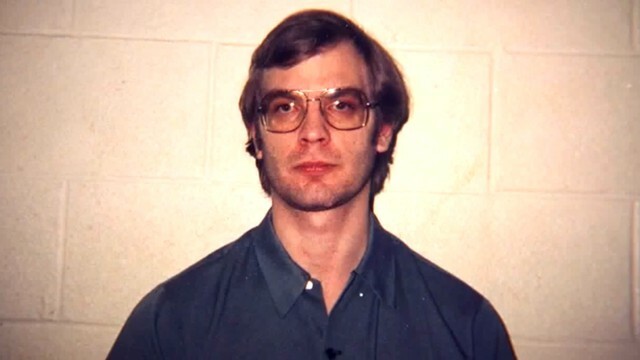 From that moment on, Jeffrey Dahmer finally gave in to his urges: he would return to frequent the clubs in search of men to conquer and dismember them. After drugging and strangling James Doxtator (January 1988), he hid the victim's body from him for a week and necrophiliated him. Once the decomposition process sped up and the bad smell was evident, he dismembered it.

With his fourth victim (Richard Guerrero), he acted following the same procedure. Meanwhile, he left his grandmother's house and rented a solo flat, which sped up the bloodbath. This spiral almost ended in early 1989, when a thirteen-year-old boy whom he tried to seduce escaped from his apartment and alerted the police. For that fact, he served ten months in prison for sexual assaultbut his terrible secret was not discovered. Three weeks after his release from prison, he returned to Milwaukee, where he began an orgy of blood that would last a full year, well into 1990. Despite his background, no one investigated him for the disappearances of young people that were taking place in the city, up to a total of thirteen.

Jeffrey dahmer he felt an urgent need to have sex with people whose will was overridden. To achieve this, while some of his victims were still alive, he practiced cranial trepanations with a drill and then he injected a mild acid into their brains with the intention of creating a kind of zombies that he could control. Faced with the failure of his experiments, Jeff finished them off. In a last attempt to control them, he began to eat the bodies, as he confessed to feeling that they became a permanent part of him. This also gave him sexual pleasure. Little by little the remains of corpses piled up in his apartment but, despite the bad smells that permeated the building, the neighbors were not alerted.

The discovery of horror

It was not until July 1991 that he was arrested. Thirty-one-year-old Tracy Edwards managed to get out of Dahmer's flat drugged and naked, but she managed to stop a passing patrol. When they searched the apartment, they discovered more than eighty Polaroids showing bodies in different moments of dismemberment, a head in the refrigerator and human remains in the freezer; in addition to a two-hundred-liter drum filled with acid that the cannibal used to dispose of human remains.

Jeffrey Dahmer pleaded guilty but alleged insanity. The state of Wisconsin does not apply the death penalty, so if he declared himself mentally healthy, he would spend the rest of his life in prison; otherwise, he would do it in an institution for the mentally ill.

The defense argued that Dahmer suffered from necrophilia (a condition that another well-known murderer also suffered, Carl tanzler), what exempted him from being legally responsible for his actions and, therefore, he had to be confined in a psychiatric hospital. When it was the prosecution's turn, his argument was that the accused had practiced sex with the victims while they were alive, although unconscious (always using a condom, to be exact); in addition to that he maintained control over his impulses, since he committed crimes only where he felt safe enough.

After deliberation by a jury made up of non-experts, it was concluded that, to be diagnosed as mentally ill, Jeffrey Dahmer had to behave like one all the time, including when he killed, which is precisely when it was considered that he remained in his sane. He was ultimately found guilty of fifteen murders and sentenced to fifteen life sentences, a total of 937 years in jail..

Life in prison and death

He was sent to Columbia Prison (Wisconsin), where he returned to the church to atone for his sins. He found an explanation for what had happened, and it was that the Devil himself had possessed him. During his short stay, he was visited by the sister of one of the dead youths and granted several interviews to the media to relate his experience, in some of which his dad.

In November 1994 it met its end in a violent way, when another prisoner who was also serving a sentence for murder he accosted him in the prison gym and hit him with a barbell until he killed. For some, it was the death that someone like Dahmer deserved, but for many others, it was the deprivation of the citizens' right to have him purge for what he had done until the end of the days of him.

What is the relationship between low self-esteem and emotional dependence?

Social relationships are a source of emotional well-being as long as they are healthy and are bas...

The 10 best Psychologists who are experts in depression in Barakaldo

In the Inpsiko Psychological Office of Barakaldo we will find a professional psychological treatm...

The best 12 Psychologists in Las Rozas

Maria Gonzalez-Aller she is a health and educational psychologist with more than 20 years of expe...