Melatonin: the hormone that controls sleep

It is a fact known to all that human beings, like other animals, need to sleep. Sleep is a basic physiological function, a mechanism that allows the body (and especially the brain) to rest and repair itself. However, sleep is not a single and invariable process, but goes through different phases throughout the process. In addition, it is a process that is not voluntary, but depends on the Cardiac rhtyms.

These rhythms regulate the sleep-wake cycle according to the biological needs of the body and the time of day. This regulation, as well as the seasonal patterns that occur in other animals, are mainly due to the action of a hormone: melatonin

Melatonin: what are we talking about?

Melatonin is a hormone secreted mainly by the epiphysis or pineal gland from the tryptophan and the serotonin. It is a very fat-soluble hormone, with great ease to penetrate the blood-brain barrier and the interior of cells. This hormone is generated when the retina perceives the absence of light, producing the maximum peak of this hormone during the night and reducing in the presence of luminosity.

The melatonin production process is as follows: the retina captures the presence or absence of light, passing this information on to the optic nerve, posteriorly to the suprachiasmatic nucleus and from there to the superior cervical ganglion, which reaches the epiphysis. This proceeds to carry out a series of reactions that culminate in the production of melatonin, which is distributed throughout the rest of the body. Regardless of his birth in the brainIt also appears in the retina, liver, kidneys, intestine, immune cells and in the female endometrium.

In this way, the functions of melatonin are many and varied, affecting various body systems, although the function for which it is best known and studied is that of controlling circadian rhythms, mainly carrying out a chronobiological action in the suprachiasmatic nucleus. That is, this hormone helps to establish when we go from sleep to wakefulness and vice versa. The maximum production usually occurs specifically around an hour and a half after falling asleep, helping to induce deep sleep.

Apart from the function of regulating the sleep-wake cycle, recent research has shown that this hormone is very useful in many systems. Actively participates in the regulation of seasonal and reproductive phenomena, such as heat in animals. It also affects the long-term enhancement of memory.

The immune system is also affected by this hormone (reducing its efficiency during its absence) and having an important antioxidant effect that counteracts excess free radicals. Thus, this hormone also participates in the growth and aging processes.

Use of melatonin exogenously

Despite being an endogenous hormone, manufactured by the body itself, melatonin has been artificially synthesized and marketed asdietary supplement (Although it is not yet allowed as a drug due to little research and inconclusive results so far).

Some of the uses that have been given to it are the following:

Melatonin has been used as a treatment for sleep disorders. Specifically, it highlights its ability to improve sleep adjustment in cases of jet lag, showing that when administered around bedtime at the destination, jet lag decreases considerably. That is why it is widely used in circadian rhythm disorders. It also produces benefits against delayed sleep phase syndrome, as well as sleep disorders in the case of individuals who work late at night.

However, with regard to insomnia primary or secondary to another disorder, although it has been shown to decrease sleep latency and improve the amount of time asleep, in some studies it has not shown an effect greater than the placebo, being more effective the use of benzodiazepines and always prioritizing sleep hygiene.

Some research shows that the administration of this substance produces improvement in other disorders due to the improvement in sleep patterns, being an example of them cases of autism or childhood epilepsy. However, further research would be required in this regard.

2. Action on reproduction and growth

Melatonin administration has been observed to be linked not only to sleep patterns, but also to other seasonal processes.

In animals, It has been proven that it affects and modulates the periods of heat. In humans, it has been observed that the administration of this hormone affects growth, making it clear that it has an effect at the time of onset of puberty. An excess of this hormone can delay it, while a defect can cause an advance of it.

Research carried out indicates that melatonin supplementation can act preventively to prevent migraines.

Different studies have shown the efficacy of the application of melatonin to improve the condition of patients with depressive disorders, especially in the case of seasonal affective disorder.

Melatonin production is not constant throughout life, producing a significant and progressive decline from adolescence to the end of the life (which helps to explain why the elderly have shorter and shorter sleep periods frequent).

In addition, much of the effects of aging are due to the presence of free radicals. Likewise, different types of free radicals and oxidation have also been linked to insane processes such as Alzheimer's or Parkinson's.

Given that melatonin has been shown to be one of the largest endogenous antioxidants available to us, there have been various tests that have shown that the administration of melatonin reduces oxidative damage in the different systems of the body, with what can be helpful in delaying brain aging and prolonging intellectual functionality in insane pictures.

The application of melatonin in some cancer patients it seems to reduce tumor growth and prolong survival, being seen as a possible treatment to be combined with chemotherapy. This effect appears to be due to antiproliferative properties and the potentiation of the effects of chemotherapy, especially in cases of cancers that depend on reproductive cells.

As mentioned, melatonin has certain effects on the immune system, acting as a modulator. In addition to being a powerful antioxidant, it has been found to act on receptors on T lymphocytes, contributing to the production of immunoglobulin.

The possibility that it contributes to slowing down the replication of HIV has been studied, so that it could be applied as a reinforcing treatment. Its usefulness in cases of different cancers has also been explored. However, the results are not conclusive.

The basal ganglia They are a series of parts of the brain located deep in the brain that are of g... 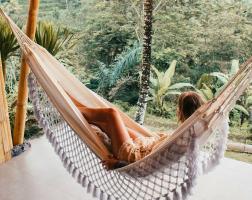 Dopamine fasting: what it is, what it is for and how it affects us

Dopamine is a neurotransmitter produced in our brain that influence various functions such as beh...

The reticular formation is a brain system that is involved in many functions, all of them essenti...