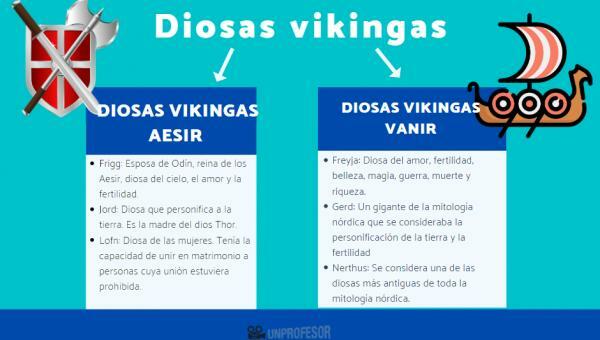 When talking about mythologies, We usually focus on the most classic ones such as Greek or Roman and we forget others with great relevance that had their appearance during medieval times. Some of these mythologies had important female deities due to the important role that women had in their society. To talk about one of the most important mythologies, in this lesson from a PROFESSOR we will know the names of most prominent Viking goddesses.

The norse mythology, Scandinavian or Germanic is the set of myths and legends that are proper to the viking village. It was an extended mythology through the use of the word, the stories that make it up being told orally, and the only texts that we can use as a basis are the so-called Eddas and other texts already written by Christians in medieval times.

One of the most relevant elements for this mythology is that not all gods were the same, existing two groups within the pantheon to divide the deities with different characteristics. 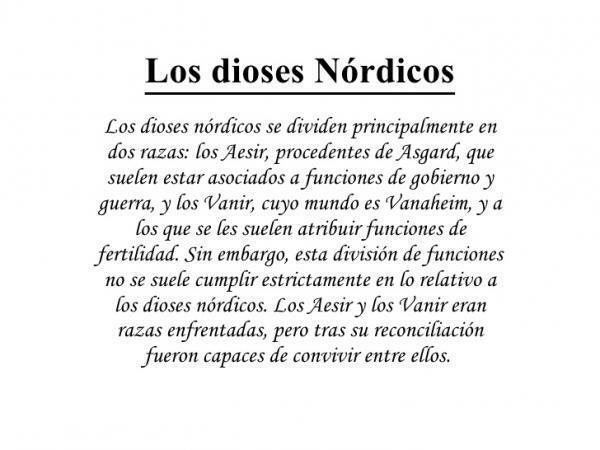 The Aesir are the main deities of the Norse, being family of Odin and inhabitants of Asgard. Their great importance causes them to be many of the gods that appear the most in mythological stories, many of them having vital importance for Viking thought.

The goddesses that are part of the Aesir are called Ásynjur, being the female part of the Viking deities. The Viking goddess names Aesir They are: 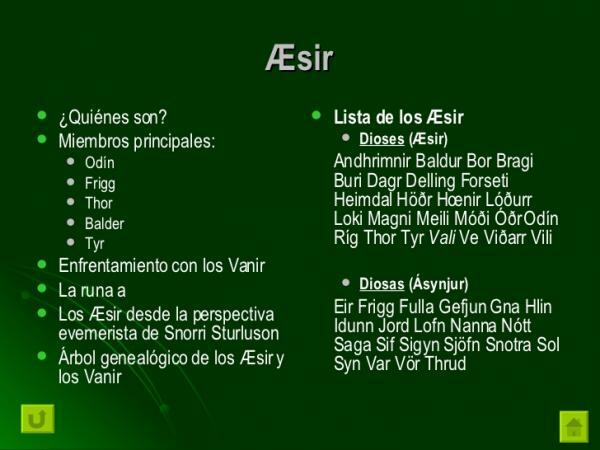 To finish talking about the names of Viking goddesses we must talk about the Vanir. The Vanir were the gods who dwelt in the Vanaheim, being more peaceful deities, more focused on magic and nature. They were deities worshiped by the Viking people, since their worship brought wealth and health for their followers. The main female members of the Vanir are as follows.

Freyja is another of the Viking goddess names. She goddess of love, fertility, beauty, magic, war, death and wealth. Of her it was said that she received half of those killed in combat, the other half being for Odin. Her power was such that it is said that Viking magic was born from her, and she was the one who had taught the Aesir to use it. She was next to Frigg the main goddess of the Norse, each representing female leadership in one of the two groups of goddesses.

A giant from Norse mythology who was considered the personification of the earth and fertility. It is said that Gerd was the most beautiful and beautiful goddess in all mythology, and that the very presence of her was able to illuminate the sea and the sky. The most important story of her is that of the courtship of Freyr, who to marry her renounced his magic sword her that she was capable of fighting alone, which would ultimately lead to Freyr's death in Ragnarok for not being able to fend.

She is considered one of the oldest goddesses in all of Norse mythology, as the first cults to her person are thought to have been born in the Stone Age. She would later use her past to make her a fertility goddess, although her importance in the past is much greater. In Viking mythology, her role was very small, with many goddesses who copied her characteristic elements.

She was the goddess of hunting and winter. She is said to be so powerful that she once sought revenge on Asgard, because the Aesir had killed her her father, and Odin, fearful of confronting her, granted him to place her father's eyes on the sky and marry a God. It is said that she could only choose her consort by seeing her feet, causing her marriage to never work out and they separated from her.

Mother of Frey and Freyja, few data are known about her, there are sources that attribute elements similar to Nerthus, and it is that not even her name can be found in the sources. Even so, her role of such relevance in the existence of the Vanir makes her existence necessary.

Arrival of man on the Moon: summary

In this new video from Unprofesor we will explain a "Arrival of man on the Moon: summary ". Arriv...

What is the Commonwealth

Who was Rosa Parks

In this new video from Unprofesor we will explain a "Who was Rosa Parks - Brief explanation ". Wh...