The industrial revolutions were one of the most important processes of the states that passed from the Modern Age to the Contemporary AgeThe technological and productive changes that emerged at this time were what increased the market and made capitalism productive.

Starting at United Kingdom, industrial revolutions had an uneven evolution in the rest of the countries, the most advanced those that had them first, and the weaker countries that took the longest, being the case of Spain. To talk about the evolution of this process in our country, in this lesson from a Professor we offer you a summary of the Industrial Revolution in Spain.

Background of the Industrial Revolution in Spain.

When we begin to talk about the Spanish industrial revolution, we must talk about the antecedents that led the Hispanic nation to have this evolution.

In the second half of the 18th century, England had started the Industrial Revolution, which led to a series of changes in all the economic structures of the British nation. This allowed them to generate enormous wealth, since new technologies gave the capacity to generate surpluses that were sold to other nations.

Seeing how England generated so many benefits in such a short time, many European nations considered that They needed to make a similar change if they were to maintain the market, as British economic influence was beginning to be too powerful. The first nations to enter this revolution they were the most powerful in Europe as France or Germany, while other regions took a few more years.

Why did the Industrial Revolution arrive late in Spain?

While the United Kingdom was at the height of its power, achieving enormous inventions that increased production, Spain was in a tough economic crisis due to the absolutist commercialism of the time and the null influence of capitalism in the region.

In this situation, Spain did not have the necessary capital to start the revolution, but neither had the structure nor the support of the political class. At this point, Spain was anexcessively rural action which, in addition, generated only the primary product necessary for subsistence, without generating enough surplus to sell, thus being unable to carry out major technological changes and industrial.

Other factors related to the delay in the entry of the Industrial Revolution were that the government did not help the new companies and the illiteracy it was much larger than in other nations, making it more difficult to advance in technological fields.

To try to solve these problems, there was movements of the bourgeoisie who wanted to send fellows to countries like the United Kingdom to learn about the new industrialization systems, but the classes High social groups, such as the nobility or the clergy, refused to do so, they considered that the primitive and classical system that they represented was better.

At this point we can only talk about one exception in Spain, this being the Catalonia region, that it had an agricultural surplus that it sold abroad due to the specialization of its crops, thereby achieving its own industrial revolution. Catalonia was among the European regions with the highest exportation, with levels similar to the English regions, but still with a somewhat primitive infrastructure due to the lack of national capital.

The First Industrial Revolution in Spain.

This is because the United Kingdom had its Industrial Revolution at the end of the 18th century and the first half of the 19th century, other nations such as France or the United States between 1820 and 1850, but in Spain something similar did not take place until years later and being much minor and with less influence what are you. It is usually spoken of two or even three revolutions in the great powers of the world, while Spain is it usually considers that it had one or even none, due to the enormous differences with respect to other countries.

The first attempts at industrialization took place during the government of Isabel II, the moment in which the Spanish leaders realized that they were beginning to distance themselves too much from the economic power of their neighbors, after years of maintaining an outdated system in which the privileges of the upper classes were increasingly proving to be worse for the economy.

For this advance, they were key two elements which, until that moment, had not taken place:

Catalonia and the Basque Country in the Industrial Revolution

Even with this, the advance of the Spanish Industrial Revolution it was very slow and almost no evolution, although as in everything we can find exceptions. On the one hand, Catalonia continued to be Spain's main economic profit point, producing a textile industry so adored by the foreign countries that the Catalans began to use the steam engine and railroad tracks for large-scale trade before nobody.

Together with Catalonia, the Basque Country formed an industrial economic binomial that would last for decades, although the case of the Basques this industry was iron and steel, taking advantage of the resources of the area. And finally, although with less influence than the two Catalan and Basque areas, we must name Asturias, which formed a powerful arms industry.

We have to bear in mind that these three areas are the main ones, but there were others with less influence in areas such as Cantabrian or Galician.

The Second Industrial Revolution in Spain.

But in the case of Spain everything was different, since it remained as a agrarian nation, rural and with little industry. Only the areas of Catalonia, the Basque Country and Asturias were those that had an industrialization similar to that of Europe, and 70% of them were the population of the agrarian sector, of which the majority were dedicated to simple subsistence work without the possibility of a surplus to earn money.

For all this, the Second Industrial Revolution for Spain was not a process of improving the quality of the industry, but really of making a true national industry as most nations had done decades ago.

The idea of ​​the Spanish government at this point was to achieve a total change in the region, transforming the Spanish rural society into an industrial one. For this, they wanted to bet on the two sections that had given the most money to Catalonia and the Basque Country, cotton from the Catalan textile industry and the Basque steel industry.

The attempt to change by the Spanish government was an absolute failure, since the Spanish leaders had not understood what the Industrial Revolution consisted of, considering that the change had to be economic and labor, while reality is that the Industrial Revolution had to affect all aspects of a nation to function, including the political and social aspects that the privileged classes of Spain.

England had fixed capitalism as the central point of all that was her nation, while Spain maintained the aspects absolutists at the same time that it united modern and traditional agriculture, forming a mixture that did not it worked.

One of the factors that were important for Spain and that began due to the revolution were the first movements of the Spaniards from town to city, emerging the first rural exoduses in which the workers of the field left to the new industries of the city looking for a new way of life. This exodus had nothing to do with the British, and many Spaniards returned to the town in a short time, either when they realized that their lives were not it was better in the city, or caused by the failure of new industries that in many cases closed shortly after due to zero profits or not being sustainable.

Why did the Industrial Revolution fail in Spain?

In general, we can say that both industrial revolutions turned out to be a failure for Spain, and we could even doubt that there were some of these revolutions on Spanish soil.

Some Principal reasons that led to failure the following:

If you want to read more articles similar to Industrial revolution in Spain - summary, we recommend that you enter our category of History.

Sometimes seas are called forms of waters that are not, these lakes being totally closed but in t...

Image: Agua.org.mxOne of the most important natural elements are rivers, which greatly change the... 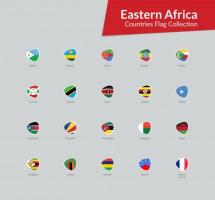 ALL flags of AFRICA

Flags are one of the main symbols of any nation, serving so that whatever the situation is, it is...