What is the RANKINE scale and its formula 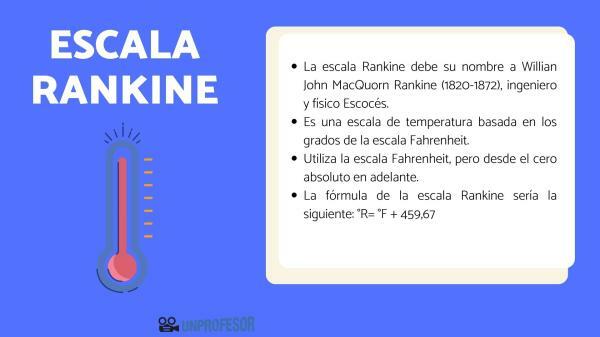 The thermometric or temperature scales they were elaborated to know the temperature of a material or a body. Temperature is a scalar magnitude that is used to measure the thermal energy of a body, it is expressed by means of a number and its corresponding units. exist various temperature scales, the best known are: the Kelvin scale, the Celsius scale, the Fahrenheit scale and, which we will deal with in this opportunity: the Rankine scale. Let's see what is the rankine scale in this lesson from a Teacher.

What is the Rankine scale and its formula?

The Rankine scale owes its name to William John MacQuorn Rankine (1820-1872) Scottish engineer and physicist. He was one of the pioneers of thermodynamics.

Of the best known temperature scales, the first was proposed by Daniel Gabriel Fahrenheit in 1724, followed by the Swedish physicist and astronomer Anders Celsius, who in 1742 created the Celsius scale, William Thomson, Lord Kelvin in 1848 created the Kelvin scale based on the degree Celsius. Eleven years later, in 1859, Rankine originates the scale that bears his surname, a temperature scale based on the degrees of the Fahrenheit scale.

What are the symbols that represent the formula of each scale?

Where is the Rankine scale used?

The Rankine scale was used for a long time as absolute temperature scale in the American Engineering System corresponding to the countries of United States and England, more specifically in the field of Engineering. In the rest of the world, the scale used is the one that expresses temperature in degrees Kelvin.

Both the Kelvin and Rankine degree temperature scales have as absolute zero starting reference. Absolute zero is considered to be the lowest temperature reached on a scale. Where the particles are frozen without being able to emit any movement. According to one of the laws of thermodynamics, absolute zero is unattainable.

Next let's see the equivalencies of the other scales temperature with Rankine degrees:

How are Rankine degrees calculated? Examples.

In order for you to better understand how the Rankine scale works, we are going to leave you some examples that will help you to see it correctly.

How are conversions between units made?

To convert a temperature from degrees Fahrenheit to Rankine, 459.67 must be added to the value of the temperature that we want to convert.

To convert a value expressed in Kelvin degrees to Rankine degrees, the temperature must be multiplied by 1.8.

And to convert from Kelvin to Rankine, the following formula must be done: K= °R / 1.8

Let's see some examples of temperatures in different degrees:

Melting or freezing temperature of water:

Temperature at which steel melts:

There are tools on some internet sites that make it easy to convert units. An example of these are calculators, where simply by placing the value and the unit they can perform the conversion automatically.

If you want to read more articles similar to What is the Rankine scale - with examples, we recommend that you enter our category of physical magnitudes. 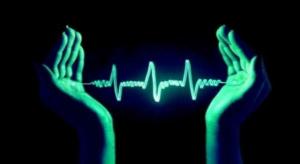 The latest and surprising discovery of science has been possible thanks to a group of experts fro...

What are the units of time

In this video I will explain what are the units of time. The basic unit of time according to the ...

In this video I will show you convert degrees Celsius to Kelvin and also to convert Kelvin to Cel...