Submission drugs: what they are, types, effects, and what to do about them

Chemical submission is a method of violence that has become popular in recent years in various countries and that is why it is important to inform what these types of substances consist of.

Submission drugs are substances used for different criminal purposes such as robbery, sexual abuse and/or rape. These substances can completely or partially annul the will of the victims and it is also Often they do not remember anything of what happened or, if they do have memories, these are usually incomplete.

In this article we will see what the drugs of submission consist of and we will also point out some advice on how to act in case of suspecting that someone could be using these substances with us or someone close to us.

What are submission drugs?

The use of submission drugs is a criminal practice that has been spreading around the world in the recent years, being used for various purposes, including robbery, sexual abuse and/or violations. The National Institute of Toxicology and Forensic Sciences of Spain has revealed some data in this regard, among which it should be noted that

instagram story viewer
it is estimated that 1 in 3 sexual assaults could have occurred while the victim was under the influence of submission drugs.

Submission drugs are substances that cause various effects on victims such as a state of unconsciousness or semiconsciousness that can lead to confusion and that it also makes it difficult to recognize what happened while under the influence of this type of substance, as the victims experience partial or total amnesia for the events.

Experts state that chemical submission is primarily used to sexually assault victims; however, there have also been cases in which this method was used to rob elderly people in their homes, in order to modify the behavior of people with difficulties to sleep or to obtain money or goods when the victim is under the influence of these drugs.

Depending on the way in which the submission drugs were taken, according to the scientific literature, there are 3 types of chemical submission.

In this case we would be talking about those circumstances in which the assailant deliberately and covertly provides the victim with one or more incapacitating substances or disinhibitors (submission drugs) with the aim of sexually subduing her and/or stealing from her.

In this other case we would be talking about those cases in which the assailant takes advantage of a victim who is intoxicated by one or more substances or alcohol that they had previously ingested voluntary; In other words, here the assailant would have taken advantage of people who were under the influence of alcohol and/or drugs.

Finally, in these circumstances the victim has voluntarily ingested alcohol and/or other types of substances and, at the same time, the assailant would have covertly administered an incapacitating substance in larger amounts in order to take advantage of the victim.

What are the most used submission drugs?

Within the category of drugs or substances that are usually used for chemical submission, we can find a wide variety. Next we are going to see which are the most used submission drugs and we will also explain their main effects.

To begin with, alcohol could be considered the most used substance in chemical submission because it is the one that is is more socially accepted and, furthermore, the victims could be consuming previously voluntarily, so that the assailants can take advantage of the situation and attack at times when the victim is worse off conditions. It is an example of opportunistic chemical submission.

These substances (eg. g., flunitrazepam, lorazepam, zopiclone, zolpidem, etc.) are hypnotic, neurological, anesthetic, or sedatives that should be consumed exclusively with prescription and under medical prescription for different reasons of Health; however, today many assailants resort to these substances in order to dilute them in the drinks of the victims while they are partying so that they can ingest them safely. involuntary. When ingested with the drink can cause drowsiness, so that the victim remains totally or partially unconscious.

Ecstasy would be one of the main substances used for chemical submission, since we would be talking about a colorless drug, colorless and tasteless, so it is imperceptible to those who ingest this substance. Another reason why this substance is used quite frequently for criminal purposes is that a few hours after being ingested it is already undetectable in the body, so that it does not usually leave a trace.

There are those who ingest ecstasy of their own free will due to its effects caused as a possible "increased sociability", however, it can also cause drowsiness, confusion, obtundation and headache, so that it is very dangerous since when a person consumes this substance they become more vulnerable to possible raiders. For all these reasons, its consumption is inadvisable, even for recreational purposes.

What is popularly known as burundanga, is also called scopolamine and It is one of the most used submission drugs to produce hallucinogenic effects in victims in addition to sleep, which can facilitate submission. On the other hand, this substance can also cause hypertension and, if ingested in large doses, could cause cardiac and/or respiratory deficiencies for what is considered a highly dangerous.

Among the most used submission drugs, it is also worth mentioning ketamine, a dissociative anesthetic that is usually used for anesthesia in medicine and veterinary medicine; however, due to its effects, unfortunately, it has begun to be used for chemical submission purposes.

This substance usually appears as a translucent liquid, although it can also be found in various forms: as a white powder (white crystals) or in capsules or tablets. It is because of that this substance could be administered by different routes: intramuscular injections, rectal, nasal, oral or even pulmonary when smoked when it is in the form of white powder.

In the middle of 2022, the cases in which the victims had received a puncture in the thigh or in other parts of the body when They were partying and some experts say that one of the substances that is most often injected in this type of case is ketamine. It is important that when a person detects that they have received a puncture or suspects it that they ask for help immediately and, If possible, go to someone you trust and call the authorities or the Security Forces and Bodies as soon as possible. possible.

Butyrolactone, also known as GBL (gamma-butyrolactone), it is a precursor of GHB that is usually diluted in water or in any type of soft drink because it should not be mixed with alcoholic beverages. This central nervous system depressant is usually taken orally and could KO a person in a few minutes, with healing effects in 1-3 hours. The way of using this substance is usually through a few drops that are thrown into the drink of the victims so we must be very careful and not lose sight of our drink at any time.

The short-term symptoms of this substance are usually: headaches, tremors, urinary incontinence or breathing difficulties; while the long-term effects are the following: euphoria, nausea, vomiting, drowsiness, confusion, memory loss, unconsciousness, decreased frequency heart and respiratory system, drop in body temperature, convulsions and there is also the risk that the victim will enter a coma or even cause death. death.

The most common symptoms when a person is under the influence of submission drugs They are the ones that we are going to list below:

On the other hand, these are the main warning signs that you could have been a victim of submission drugs so it is important that you take them into account and act immediately seeking help:

Along with the signs mentioned above, we must add the signs that could alert you that you have been a victim of sexual abuse due to chemical submission:

This last sign is important to keep in mind and, in case someone is behaving strangely, her friends would look be in the care of and not let that person out of your sight at any time and under any circumstances until he or she is safely in your House.

How to act in case of having been a victim or having any suspicion?

If a person feels that she has suffered a prick or stinging in any area of ​​her body or even that her drink has a different color and also if you feel unwell to tell people around you more near, You should immediately seek help from potential witnesses or people in your immediate vicinity. who could help her and get her out of the danger zone.

As soon as possible, the Emergency Attention Service should be contacted, which in the European Union and even in some Latin American countries is telephone number 112, in order to inform them of what happened so that they could receive medical assistance and protection from the Security Forces and Bodies as soon as possible, as well as so that they can search for the attacker. While assistance arrives, the victim of chemical submission should be accompanied and safe in order to avoid any type of aggression.

It is important to go to a health center quickly in order for professionals to carry out the pertinent evaluation and analytics in order to detect possible submission drugs in the body that could confirm the signs of crime.

In the case of the environment close to the victim, they should not be separated from her at any time so that she is safe and it is also important that they accompany her to the health center. They could also be the ones who notify the relatives of the victim so that they can come to their aid as soon as possible.

Prevention tips against a possible aggression with chemical submission drugs

In addition to the steps to follow as a way of acting against drugs of submission, it is important to keep in mind some tips that are helpful to prevent possible aggression with these types of substances:

The two faces of tobacco dependence

The desire to smoke typical of who is trying to quit tobacco have been tagged with a generic word...

Concentration pills: can they lead to addictive disorders?

The concept of “concentration pills” refers to various types of stimulant-type psychotropic drugs... 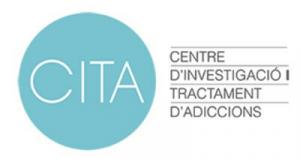 The 9 characteristics of the behavior of the alcoholic person

Alcoholism is a very present disorder in our society, and in recent years it has become widesprea...