Instruments Of The World

The adaptability of the human being is reflected in creativity, especially when he takes existing things and makes them his own. This is the case many times in folklore, when one's own culture manages to merge with other factors that make it rich. In this lesson from a TEACHER we will talk about the musical instruments of Bolivia, a South American country that has integrated musical elements to obtain great objects to create original and characteristic music.

Bolivia is a South American country that has adopted large traits of Spanish influence and still preserves own qualities region of. Bolivian music is played primarily as reasons for celebration, dance, and religion, which can vary by area and culture. This last cultural factor is characteristic, since music can be categorized in the context Andean, western and mestizo.

Perhaps the Andean world is of greater interest because it refers to the indigenous population, where the communities stand out. quechuas and aymara, which maintain in their music the ritual conception, referring to the festival, ceremonies and religion.

Now that we have briefly known the music of this country, we are going to focus on discovering which are the most outstanding Bolivian musical instruments. Here we offer you a complete list with all of them so that you know them better:

It is probably one of the most characteristic and popular Bolivian musical instruments. Its name "Charango" comes from the Quechua word "Chajhuancu" which means noisy and can also be found in different versions in other areas of South America.

The charango is a small plucked string instrument, a variant of indigenous origin of the Spanish lute and guitar. It has 5 double strings (10 in total), although there are variations of this amount. The resonance box varies from material of manufacture and although the way predominates, some more traditional Charangos are made with shell of "Quirquincho", a kind of Andean armadillo.

A variation of the Charango is the Ronroco or baritone charango, which is larger and has a lower tuning.

Also called Zicu or Sicu Due to its name of Aymara origin, it is another very popular instrument. The panpipe is a wind instrument, which is a variation of the pan flute, characteristic for being made not only of a cylindrical body like the flute, but of several tubes. In the case of the panpipes, these tubes are reed joints that are placed side by side in parallel.

Each joint is of different diameter and length, therefore it has different tunings. In turn, the size and quantity of these can change, also resulting in different variations of panpipes. Within these variations we find the so-called malt(the most common), Chilli, Sanka and Toyos,

The Jula-jula resembles a giant panpipe, and it has been declared as part of the Bolivian historical heritage. They call it "the devil's instrument" because of its dark ringing sound. It is an indispensable instrument for the music used in the "postinas" festivities. Due to its monophonic characteristic, several people with different types of Jula-Jula are required to perform a performance of high tones and against high tones. The music of Jula-Jula accompanies rituals of displacements, ceremonies and combats of the tinku, a characteristic practice of northern Potosí in Bolivia.

A very characteristic instrument from the department of Tarija, very close to Argentina. This is a wind instrument made from a beef horn, using the narrow end as a mouthpiece. Its timbre is rough and closely resembles another instrument called Aykhori.

Also called Kena or Kena-Kena, is a wind instrument with more than 2,500 years old, similar to the vertical flute. The quena is very long, about half a meter long and has six front holes and one rear hole. Its timbre is warm and it is usually played in a trio, along with two other quenas. Previously they could be made with bone and condor feathers, today it is more common to be made with wood.

With a lower octave tessitura we have the Quenacho, which is basically a quena but longer (approximately 50 centimeters).

It is a reed flute with a curious manufacture, it is arched and inside it is lined with rings of string or cat gut to prevent deterioration. It has six holes. Produces a light and cheerful sound.

Other instruments categorized as flute

The variations and inventions of an instrument that are produced in different parts of the world can be fascinating. Now that you know more about musical instruments from Bolivia, You can dedicate yourself to listening to them so that you can identify them more easily. 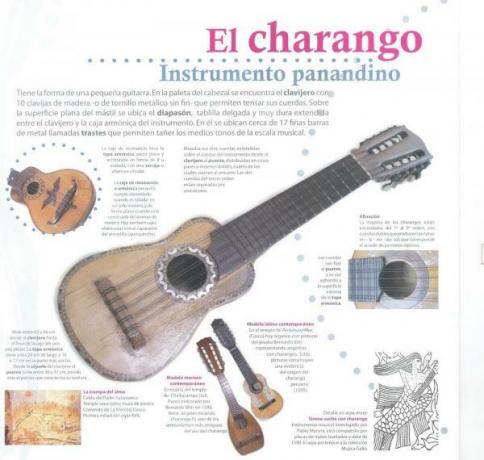 Today we have at our disposal many instruments with which we are already familiar and these are i... 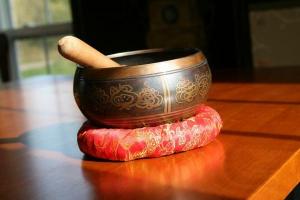 One of the greatest treasures of humanity is the fact that there are so many differences and vari... Image: SlideshareIt is always very useful and interesting to learn about the origins of the artif...