Since the synthesis of the first antipsychotics, patients with schizophrenia have seen their quality of life greatly increased. However, not everything is a bed of roses. Antipsychotics, like any psychotropic drug, have adverse health effects that must be cured. A group of symptoms caused by the use of classic antipsychotics are the so-called extrapyramidal symptoms, which are characterized by affecting the patient's movement.

To avoid complications, these symptoms must be detected quickly and treated as soon as possible. Let's briefly review what extrapyramidal symptoms are and what causes it.

What are extrapyramidal symptoms?

They are a set of symptoms produced by the use of psychotropic drugs that manifest themselves by altering motor skills. Not all patients show all the extrapyramidal symptoms, only a few are enough to be sure that what is suffered is a condition caused by the adverse effects of the drugs.

Even if used to be characteristic of psychotic patients taking antidepressants

instagram story viewer
, the development of increasingly safe and selective drugs has allowed these conditions to be less frequent. In those who took classic antipsychotics, the presence of extrapyramidal symptoms occurred in up to 75% of them, with the consequent decrease in quality of life and the obstacle it represents towards adherence to treatment. Older women appear to be the demographic most prone to extrapyramidal symptoms.

Perhaps the most common extrapyramidal symptom is akathisia. It can be understood as a form of motor restlessness that cannot be stopped. Patients report not being able to sit still, so they cannot sleep well either, and their care leaves much to be desired. They seem to be nervous all the time, they don't stop swaying, walking back and forth, moving the feet and hands, twisting the neck, and so on.

Extrapyramidal symptoms also include involuntary contractions of the muscles of the neck, upper trunk and extremities. Almost as if it were the characteristic tics of Gilles de la Tourette Syndrome or its echopraxias. Most dystonias occur in the upper body, especially the face.

Patients make outlandish grimaces that further accentuate the strange behavior caused by the other extrapyramidal symptoms. The complications of this symptom can cause muscle problems such as torticollis or chronic muscle contractions.

This extrapyramidal symptom simulates the symptoms of Parkinson's disease, but its sudden appearance makes it clear what its cause is. We speak of tremors in the fingers, weakness of the voice, disappearance of the swing of the arms when walking due to a great muscular rigidity, and so on.

It can also be accompanied by bradypsychia, that is, slowed thinking when thinking about situations that should not involve a great effort. With continued use of antipsychotics, pseudoparkinsomism also manifests itself through rabbit syndrome, which are tremors of the lips and chewing movements.

These are involuntary movements of the muscles, almost always facial. Unlike dystonias, dyskinesias do not occur from contractions. They are relatively complex and stereotyped movements, such as sticking out or bending the tongue, frown, make sucking movements, and so on. It is called late since it can take months or years to appear.

What is its cause?

Extrapyramidal symptoms occur when taking psychotropic drugs that block dopamine D2 receptors. Positive psychotic symptoms such as hallucinations or delusions occur due to over-activation of the pathways dopaminergic drugs, so antipsychotics have the task of blocking receptors in these pathways and quenching the storms of dopamine that are generated.

Incidentally, they also block the receptors in the basal ganglia, altering the person's motor skills and giving rise to extrapyramidal symptoms. It is not the only mechanism involved, since it is known that both serotonin and norepinephrine and acetylcholine are also involved in the appearance of these symptoms.

For this reason, typical antipsychotics, which mainly affect dopamine D2 receptors, are the main causes of extrapyramidal symptoms. This is one of the reasons why it was urgent to develop the atypical or second-rate antipsychotics generation, which also include serotonergic action, causing this problem with much less frequency.

Rather than treating, what is done is a withdrawal of the drugs that cause it. When the reason is typical antipsychotics, nowadays in disuse as a basic treatment, what is done is to replace them with an atypical one. In some cases reducing the dose is already sufficient to quickly end the symptoms.

When you want to deal with very unpleasant acute reactions, it is possible to administer anticholinergics or antiparkinsonians, which relieve suffering very quickly. However, it is necessary to be careful with the dose since these are drugs that can be lethal if one overdoses with them. Normally, for the prevention of extrapyramidal symptoms, it is enough to examine their presence or not through outpatient visits to the psychiatrist since it is easily solvable. 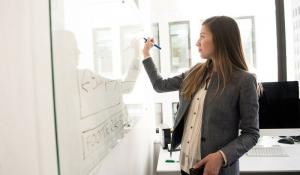 How to overcome the blockage in moments of anxiety?

In situations of stress it is common to feel slower, with difficulty moving forward and concentra...

Sex is one of the greatest pleasures that the human being can experience, and it is beneficial no...

It has been proven that the seasons, and in particular winter, influence the mood of people, and ...