In this video I will explain the trigonometric ratios in the right triangle.

It is also related to mathematics for its trigonometric ratios.

They can only be applied to right triangles since they follow some criteria by which they have to have legs and hypotenuse.

The sine, cosine, and tangent can be used to find the angles and measurements of sides unknown.

Breast of an angle is the quotient between the length of the opposite leg and the hypotenuse.

The cosine of an angle is the quotient between the length of the contiguous or adjacent leg divided by the hypotenuse.

Tangent of an angle is the quotient between the length of the opposite leg divided by that of the adjacent leg.

In the video you will see visual and graphic examples of the trigonometric ratios in the right triangle. Also, if you want to practice what you learned in today's class, you can do the printable exercises with their solutions that I have left you on the web.

Construction of polygons given the radius

In this video I will an exercise to find polygons with just the radius. This exercise is very sim... Angles on the circumference

In this video I'm going to show you the angles on the circumference. An angle can occupy differen... 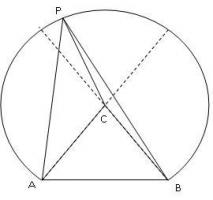 What is the capable bow