The 66 most famous phrases of Football and footballers

Surely the sport of soccer is the most influential activity in people's lives, where football stadiums are sacred temples that replace the Church itself on Sundays, and whose players are idols of the masses.

The figure of the footballer or the coach, if he is famous of course, lasts until eternity, with a level of idolatry worthy of the divine prophets or the gods of Ancient Greece. Sometimes hated, and other times loved, footballers have also conjugated phrases that have remained for posterity.

The most relevant football phrases

In this article we offer you a variety of phrases that soccer characters have left engraved in time.

1. I am sorry for 99% of everything I did in my life, but the 1% that is football saves the rest (Maradona)

The Argentine star thus showed his love for the discipline that made him famous.

2. Scoring with a penalty is a very cowardly way to score (Pelé)

The Brazilian star opined in this way about scoring goals.

3. Scoring a goal is like making love (Di Stéfano)

Di Stéfano was part of the Best Real Madrid FC, and his love for football was eternal.

4. If I hadn't done all those bad things, Pelé wouldn't even reach second on the world list (Maradona)

Always controversial Maradona, he had a strong rivalry with another great one like Pelé.

5. I was wrong and paid, but the ball is not stained (Maradona)

This football phrase distinguishes the player from the profession, in this case due to the murky fame that Maradona achieved for his behavior off the field.

6. The more difficult, the greater the feeling of victory (Pelé)

The 5-time world champion enjoyed the difficulty of his victories.

7. When the others went on a spree after training, I kept hitting the ball (Pelé)

Discipline and commitment, keys to success in football.

8. No player is as good as all of them together (Di Stéfano)

Without the team, a player can never succeed.

10. A match without goals is like a Sunday without sun (Di Stéfano)

Di Stéfano thus showed the boredom that a match with a 0-0 score entailed.

Some celebrities feed their ego and professionalism when they are hated and rejected.

12. You have to learn the trade to be the best, it is not only with talent (Cristiano Ronaldo)

Talent is not everything, you have to train to improve and reach perfection.

13. I'd rather be a good person than be the best player in the world (Messi)

Soccer players should be an example on and off the field.

For many, it doesn't matter how, they just win.

15. Football should always be a show (Cruyff)

Johann Cruyff marked a before and after in the style of football play.

16. Soccer is much more than a matter of life and death (Shankly)

It is not unreasonable to say that football is a religion for the majority who follow it.

17. If you are not lucky and have people to help you along the way, you will never be the best (Zidane)

Individualism is never an option to succeed in sport.

18. I prefer to be a good example for children to be a star (Zidane)

Like Messi, Zidane gave importance to his image off the field.

19. Cruyff was better than me, but I was world champion (Beckenbauer)

All the stars believe they are the best in the world.

The competitive gene of the best in the world is embodied in this phrase.

21. If you score goals you are the greatest, if not, you are a fat man (Ronaldo Nazário)

So demanding is the hobby that a small failure can be the condemnation of a star player.

22. You can be as virtuous as you want, but you are nobody without your team (Zidane)

Zidane returns to claim the role of the global team to be the best.

23. Soccer should always be played in an attractive way (Cruyff)

The Dutch star was an artist at soccer tactics.

24. What Zidane does with a ball, Maradona does with an orange (Platini)

In this way he wanted to compare Michele Platini to the two greats of football.

25. I want to turn history around (Maldini)

An international soccer figure, he became famous for his way of being and his love of discipline.

26. I was the top scorer in Europe, but I never won a World Cup (Eusebio)

For some players, competitions mark their qualitative criteria.

27. The speed of the head is more important than that of the legs (Xavi Hernández)

Soccer is not just hitting the ball and running.

28. It is incredible how the passion of football unites so many people (Xavi Hernández)

It is the sport that has had the most influence on a global level.

29. Surely it is ugly, but I have charm (Ronaldinho)

They said it was the personified smile, that of Ronaldinho Gaúcho.

30. Thanks to football, a miserable country can be very big (Mile)

Although some see it as a shady business, football always has a positive impact.

31. My best trophy is having met Jesus (Rivaldo)

The Brazilian players stood out for their prayers and beliefs.

32. Not all blacks run nor all whites are rich (Thuram)

Lilian Thuram had a certain vindictive character, due to his status as a black player.

33. God was with us, but the referee was not (Stoichkov)

In this way, the Bulgarian player wanted to report mismanagement by the referee in a match.

34. Football is unforgiving. You have to be the best every day (Figo)

Staying competitive and disciplined is what leads to success.

Andrés Iniesta is one of those players who loves football like when he was a child.

36. If we lose we will be the best, if we win we will be eternal (Pep Guardiola)

Player and later coach of FC Barcelona, ​​he obtained a crucial role in the best period of the club.

37. The victories belong to everyone and the defeats only to one: me (Mourinho)

José Mourinho was from “Special One”, and phrases like this corroborate it.

It is not worth everything to win. It must be done in a dignified way.

39. A man with new ideas is crazy, until they succeed (Bielsa)

Novelty always creates fear and confusion, but if it succeeds it turns out brilliant.

Not surprisingly, David Beckham was part of the "Los Galacticos" team.

41. All my heroes were soccer players (Ibrahimovic)

Some players dream of football 24 hours a day.

42. If you want to have a friend, buy yourself a dog (Van Basten)

The Dutch star was exaggeratedly professional. His words subscribe it.

43. There are only good players and bad players (Santiago Bernabéu)

Santiago Bernabéu did not understand another classification, he did not have gray areas.

44. Football is not perfect, but they insist that the referee be perfect (Del Piero)

Whenever a match is lost by a team, they blame the match judge.

Samuel Eto’o is among the most controversial soccer players in history.

The Spanish goalkeeper was always an example of humility.

47. I don't need the golden ball to know that I'm the best (Ibrahimovic)

Each player has a different point of view.

48. Soccer teams are a way of being (Platini)

They are a culture, a sign of identity for many, above their nationality.

49. Soccer is the only love that never disappoints (Deco)

Many were those who gave great importance to the way of playing.

51. No matter how much you run, only where and why (Zeman)

52. I touched Messi to make sure he is a human being (Buffon)

In this way, the Italian goalkeeper praised the figure of the Argentine star.

53. Ronaldinho is the joy of football in person (Roberto Carlos)

he surely he is the only player in the world who was loved by everyone.

54. If a footballer believes himself above the coach: goodbye (Ferguson)

Discipline and hierarchy in this soccer phrase.

55. There are useful players, not indispensable (Lippi)

It seems that not even in football, sometimes so individualistic, no one is essential.

One of the great football phrases of the late SXX.

57. The team is like an army, you have to give up your life to win (Van Gaal)

The Dutch coach was always a spectacle on the wheels of rewards.

59. Leo Messi is a video game player, he does what he wants with the ball (Wenger)

Another of the great coaches of all time, described Lionel Messi with this phrase.

60. You have to win with spectacular football (Ancelotti)

This football phrase was also said by a very successful coach.

61. You have to have self-criticism to keep winning (Bielsa)

Self-criticism is the key to success.

62. Something allows me to take the blows and keep fighting (Messi)

It has always been said of Lionel Messi that he is an alien.

As in the business world, football is renewed so as not to die.

64. Spain always knew how to play, not compete (Luís Aragonés)

Idol and coach of the Spanish team, he explained the failures of the same.

For some, the ball is the most precious element of football.

66. Puskas handled the ball better with his left leg than I did with his hand (Di Stéfano)

A great praising another great in admiration. 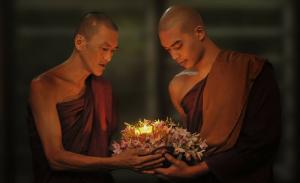 The 110 best phrases of Karma

Karma is a concept created in the Buddhist and Hindu religion, which is described as an energy wi... 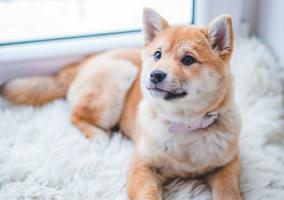 The 110 best phrases about dogs

They say that dogs are man's best friends, and in many respects, this is totally true, because th... 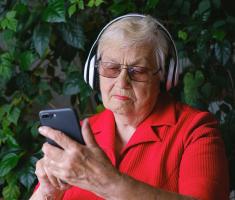 The 110 most inspiring phrases about age

Time is relentless, because it never stops regardless of how we decide to take advantage of what ...